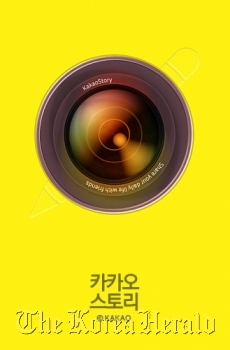 The smartphone application hits “KakaoStory” and “Anipang the Puzzle” have become the nation’s most popular sources of mobile entertainment, research has found.

Launched on March 20 this year, KakaoStory provides a cyber forum for users to put up daily photos and add comments, similar to a personal blog. The application made a rapid expansion in seven months since launching, with about 650 million postings, 6 billion comments and 11 million daily hits.

Kakao, the developer firm of social network service application KakaoStory, said on Wednesday that the SNS broke the 28-million-user mark as of Tuesday. The number surpasses that of Cyworld, formerly the most popular Korean SNS launched in 1999.

SNS game application Anipang the Puzzle generated a nationwide “Anipang syndrome” in two months after its official launch on July 30.

Smartphone statistics and research company AppRanker conducted a survey from Sept. 3 through Sept. 16 on 11,170 users of Android-based smartphones, and concluded that smartphone users play Anipang for 54 minutes every day on average.

Users play on average 8.7 rounds of the game for 6 minutes and 20 seconds at a time, the research firm said.

Emphasizing that Anipang leads in popularity among smartphone game applications among all age brackets, the research firm picked simple rules, short playtime and active SNS interaction as three of the application’s most distinguished features.