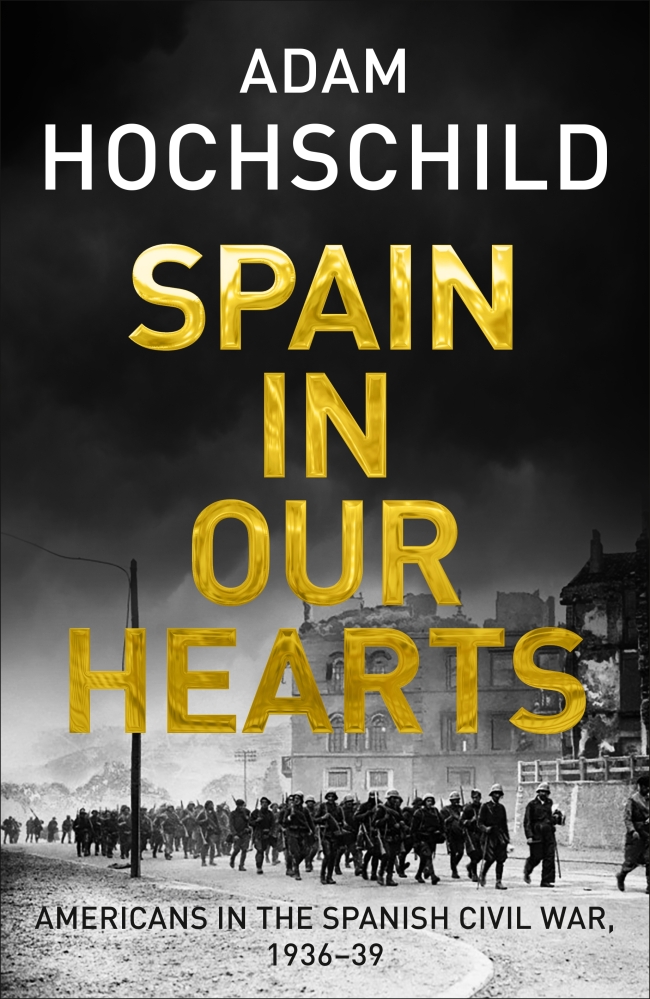 The Spanish civil war, which ran from 1936 to 1939, is most notable to historians for how it foreshadowed the horrors of World War II.

Yet few distant conflicts are so burned into our culture and consciousness.

Ernest Hemingway, who covered the war, made it the setting of “For Whom the Bell Tolls,” “the best goddamn book” he ever wrote. George Orwell, who fought in it, called his popular memoir “Homage to Catalonia.” Pablo Picasso's “Guernica,” perhaps his most famous painting, captures the agony of that city being bombed to rubble. Robert Capa’s “The Falling Soldier” is iconic combat photography. Visitors to the front included singer Paul Robeson, poet Langston Hughes and film star Errol Flynn.

Outnumbered and outgunned, they were defeated by Nationalist insurgents led by right wing Gen. Francisco Franco. He was reinforced by modern tanks, fighter planes and troops from Nazi Germany and Fascist Italy, who used Spain to test weapons and tactics that soon would devastate Europe.

The tragic story of the Americans in the doomed Lincoln Brigade -- who bore some of the toughest fighting and heaviest casualties of any unit -- comes vividly to life in Adam Hochschild’s compelling “Spain in Our Hearts,” a long-overdue book that explores this long-overlooked conflict.

Hochschild cautions he hasn’t written a history of the war or even of the Lincoln Brigade. He instead focuses on a handful of Americans to tell the larger story of why Spain loomed so large at the time.

Mining letters, unpublished memoirs and other archives, Hochschild recounts how Americans like Bob and Marion Merriman, graduate students from Berkeley, were drawn to what they considered a utopian society and what they rightly saw as the opening round in a global battle against fascism.

Tall and taciturn, Merriman was a rare volunteer with military training and he rose to help lead the Lincolns, as they were known, in combat. Hemingway supposedly used him as a model for Robert Jordan, the American hero in his novel.

Merriman disappeared in April 1938 during a chaotic Republican retreat. Reports suggest he was captured and executed by Nationalists. He was one of about 800 Americans who died in Spain.

Like most of them, the Merrimans were communists, an ideology that lured many Americans in the turmoil of the Depression. If their politics have failed the test of time, the actions of the Lincolns -- and an estimated 35,000 other foreign fighters -- have endured. They went to war against Hitler while Europe’s leaders sought to appease him.

“There seemed a moral clarity about the crisis in Spain,” Hochschild writes. “Rapidly advancing fascism cried out for defiance; if not here, where?”

(The last surviving Lincoln, Delmer Berg, died last month in Columbia, California, age 100. He remained an “unreconstructed Communist” all his life, according to his obituary.)

Many Lincolns shared idealism verging on naivete. Once they had hiked across the snowy Pyrenees from France, they often marched to war without uniforms, maps or modern weapons.

Lois Orr, who went to Republican-held Barcelona from Kentucky with her husband, Charles, in 1936, exalted in a letter home that she was “living the revolution” in a workers’ paradise where “anything was possible, a new heaven and a new earth were being formed.”

Yet she didn’t speak Spanish, barely acknowledged the privations around her, and was given a luxurious apartment, confiscated from the German consul, that most Spaniards could never hope to attain.

The Americans came from nearly every state and all walks of life: professors and union organizers, coal miners and a former governor of Ohio. About 90 were African American. About a third came from New York. Close to half were Jewish.

“For us it wasn’t Franco,” wrote one veteran. “It was always Hitler.”

What to make of the era’s Republicans? They opened all the prisons in the areas they controlled, releasing violent criminals as well as political prisoners.

Hochschild, thankfully, recounts a leader who died in the battle for Madrid after “murmuring the anarchist lament, ‘Too many committees!’”

Some Americans had their passports seized when they got home or were targeted in the anti-communist witch-hunts of the 1950s despite fighting honorably in World War II. Some played key roles in the civil rights and antiwar movements of the 1960s.

The heartbreak is what lingers longest in “Spain in Our Hearts.”

The title comes from Albert Camus. Men learned in Spain, the French novelist wrote sadly, that “one can be right and yet be beaten, that force can vanquish spirit, and that there are times when courage is not rewarded.” (TNS)