The truth is out there, and it may set you free, but can you really handle the truth? And, maybe, just maybe, every turn of events is really a conspiracy in disguise with a bit of truthiness. These and other pop culture axioms that have made their way into the lexicon of common speech are part of the foundation of the 11th novel by international best-seller Brad Meltzer.

With “The House of Secrets,” Meltzer launches a new thriller series that will delve heavily into historical conspiracy theories and will be co-written with Tod Goldberg, best known for his novel “Gangsterland.”

Meltzer and Goldberg move “The House of Secrets” at a breakneck pace, indulging -- and parodying thriller cliches while examining history and presidential lore, an ongoing favorite theme of Meltzer. While the plot of “The House of Secrets” is highly entertaining, it also can seem a bit far-fetched. But often the most outlandish situation is based in reality. As Meltzer has proven before in “Decoded,” the TV series he hosted from 2010 to 2012, truth often is stranger than fiction. And what never wavers is Meltzer’s meticulous historical research, drawing on little known facts to make the past come alive.

Hazel Nash was raised on conspiracies and the odd truth as the daughter of Jack Nash, the host of the long-running popular TV series “The House of Secrets” that investigated the unexplained. Jack had a lot of obsessions -- JFK and Benedict Arnold’s bible among them. Following an automobile crash in the Utah desert, Hazel emerges from a coma to learn her father was killed in the crash, her older brother Skip was injured and that she has lost most of her memory. And what’s a conspiracy thriller without a shady FBI agent asking weird questions, as well as a few turncoats and multiple betrayals?

Jack, it turns out, may not have simply been an inquisitive man deeply invested in eccentric facts. He also was working with the government. As Hazel tries to recover her memory and find out why she has a lot of guns for an anthropology professor, she also attempts to solve the great mystery of her father.

Meanwhile, the bodies of two men, one named Nixon and the other Kennedy, turn up in the weirdest of places. And, no, these are not the Nixon and Kennedy you may be thinking of.

This new series with Hazel Nash should turn out to be as popular as Meltzer’s novels about archivist Beecher White, who makes a cameo appearance. The plot of “The House of Secrets” is never as hard-hitting as some thrillers, but the authors also don’t indulge in overt violence. An intriguing twist pulls together the tight story of “The House of Secrets.” (TNS) 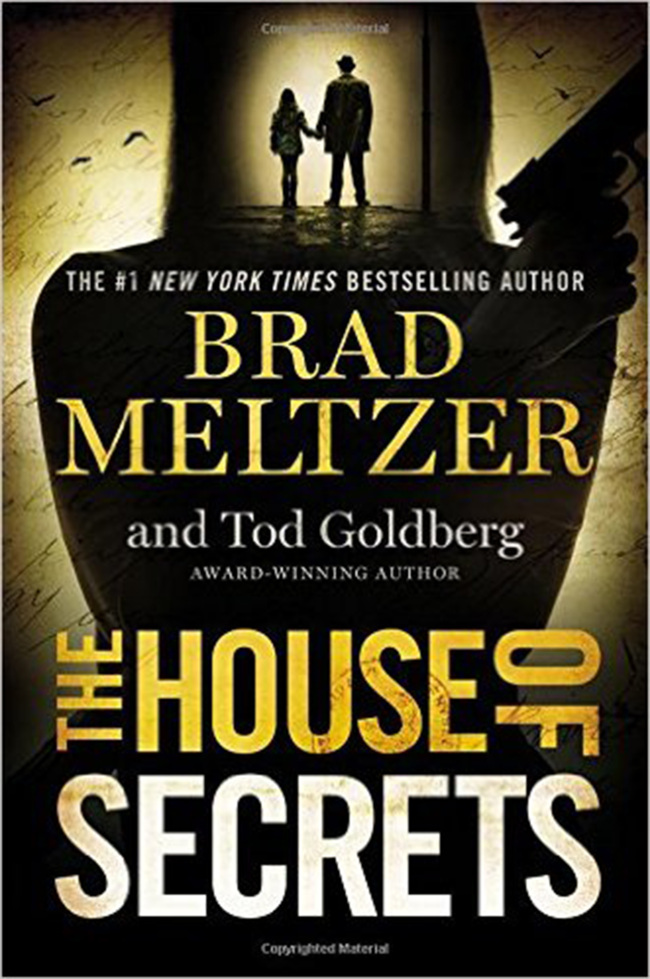 “The House of Secrets”

By Brad Meltzer and Tod Goldberg