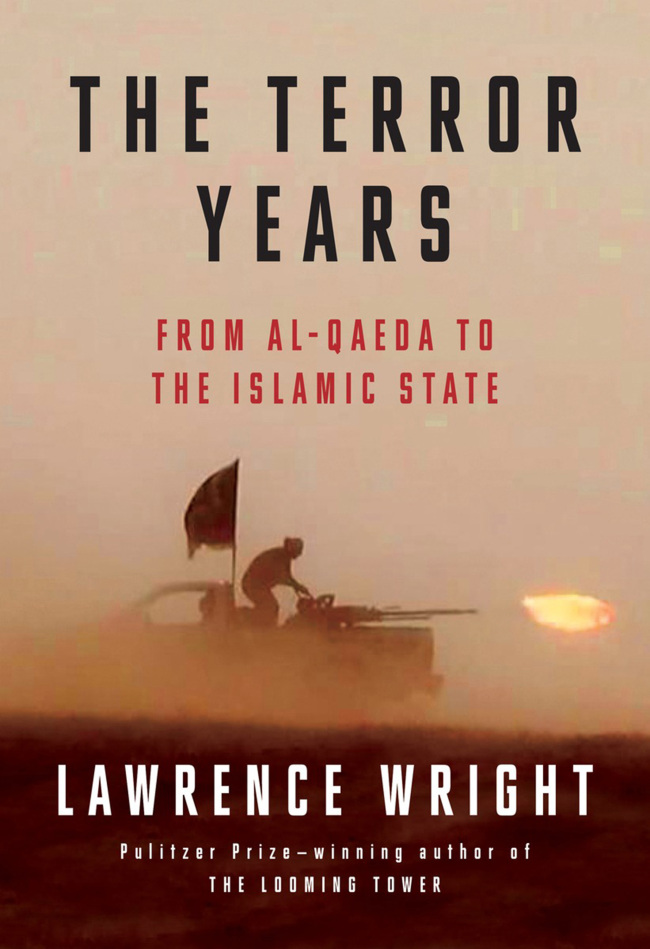 “The Terror Years: From al-Qaeda to the Islamic State”

“The Terror Years,” Lawrence Wright’s wide-ranging and intensively reported collection of stories on the Middle East in the 9/11 age, begins with a pair of masterful profiles. The first, “The Man Behind Bin Laden,” tracks the upbringing and radicalization of Ayman al-Zawahiri, the current leader of al-Qaida. The second, “The Counterterrorist,” explores the career and death of John P. O’Neill, the FBI man whose obsession with Osama bin Laden fell was met largely with tragic shrugs.

These pieces, which, like the others in “The Terror Years,” originally appeared in The New Yorker, showcase two of Wright’s greatest strengths. The Austin, Texas, writer is equally adept at home and abroad, quizzing American officials and international players. And even when he zooms in on policy, as he frequently does, the human side of this ongoing and lethal drama always takes precedence. Wright may be an expert, but he doesn’t expect you to be. A dash of empathy and an inquisitive mind will do just fine.

The Middle East isn’t the only subject in Wright’s repertoire. One of his books, “In the New World,” is a memoir of growing up in Dallas; another, “Going Clear,” is an investigation of Scientology. But Wright has stayed close to the region and its people ever since he got a teaching job at the American University in Cairo. (It was a better option than getting shipped off to Vietnam). “The Terror Years,” like Wright’s Pulitzer-winning book “The Looming Tower,” combines a deep knowledge base with a strong current of journalistic compassion.

Many recent books, including Joby Warrick’s Pulitzer-winning “Black Flags,” have detailed the slow march into the current ISIS crisis. “The Terror Years” is a different kind of animal. Though Wright has gone back and edited the pieces collected here, “The Terror Years” is still more a series of searing snapshots than a linear narrative. In capturing the specifics of various times and places, from Syrian streets to Washington dining rooms, Wright paints a picture of a region in deadly turmoil.

He minces few words about the U.S. role in that turmoil. “America’s involvement in the Middle East since 9/11 has been a long series of failures,” he writes in the prologue. “Our own actions have been responsible for much of the unfolding catastrophe. The 2003 invasion of Iraq by U.S. and coalition partners stands as one of the greatest blunders in American history.”

But the polemics are few in “The Terror Years.” Wright generally lets his stories and characters make his points for him. He’s particularly sharp in illustrating the surreal paradoxes of everyday life in a totalitarian society. Looking for an expedient way to report in Saudi Arabia, he takes a job training young journalists at the Saudi Gazette in 2003. The resulting story, “The Kingdom of Silence,” draws us into a system hooked on the information age but reluctant to divulge much information.

The book’s emotional climax arrives with “Five Hostages,” in which Wright’s implicit critique of U.S. policy takes a backseat to pure human drama. Five American families team up with a wealthy Washington publisher, David Bradley, to try to free their loved ones kidnapped by ISIS and al-Qaida. As they work back-channels and reach a series of dead ends with their government, their frustration and heroism crystalizes into a take crying out for a movie adaptation.

Here, and throughout “The Terror Years,” Wright is in tune with how the decisions made at high levels cascade down upon those down below. It’s a lesson worth heeding: Behind the daily headlines there are lives in the balance. With these pages Wright does those lives a great service. (TNS)