‘Little Nothing’ a fierce fairy tale

Fairy tales waste no time getting under the skin. They pretend to be innocent, once upon a time and all that, but they never are. The darkened wood, the hooded stranger, the soup served at dinner hide only briefly a more sinister intent.

Freud called it uncanny, this transfiguring of the familiar into something weird and powerful, and writers have long reveled in making this leap. Between reality and fantasy is a delicious brew of dissonance and disorientation, all in the service of greater truths about power and powerlessness, hope and redress.

The trick is to imbue these strange worlds with unquestioning conviction, and in “Little Nothing,” Marisa Silver doesn’t waver. With elemental simplicity — always part of the fun — she delivers a tale as mysterious as anything the Grimm Brothers might have collected.

Somewhere in Eastern Europe — Slovenia perhaps, the late 1800s perhaps, it’s never really clear — a woman screams and a baby girl is born, but her size and appearance are no cause for celebration. Her parents find her grotesque, “like a rag doll sewn together from cast-off parts.”

They name her Pavla — literally “little,” for her dwarfish stature — but the children of the village call her Little Nothing, and she soon develops into a child whose past humiliations make her an open nerve to the assaults that await her.

Fearing that their daughter, now a teenager, will have no future as she is, Pavla’s parents visit local doctors and put their hope into one final treatment. They bury her up to her neck in dirt, and they saturate the dirt with hot oil.

The next day, they disinter her, and she wakes, her ankles and wrists bound, on a table that slowly stretches her apart. Dissolving into the pain — “so total, so obliterating” — she becomes a stranger to herself, a witness to her own ordeals.

Silver, who lives in Los Angeles (having grown up in Ohio and New York City), is a fierce writer, and what lifts her story above the one dimensionality of most fables is her commitment to emotions of her characters. Pavla’s bargaining, her hopelessness and desolation are heartbreaking; her parents’ love a terrible burden.

In her previous novels, Silver has proven adept in exploring the role that trauma plays in shaping identity, whether it’s the effect of the Great Depression on a migrant mother in “Mary Coin” or the shooting of a young boy on two brothers in “The God of War.”

In “Little Nothing” however, she casts aside history and contemporary circumstance to create a fairy tale-like world that’s appropriately strange and archetypal. She makes broad associative leaps, so that what’s real and what’s imagined is often left unanswered. If the effect is disorienting, it is equally thrilling.

“We make up the sense of things after they happen,” says Pavla’s mother, a comment that reads more like a credo. “We tell stories. This happened because of that. We string things together one by one so that it seems like there’s a reason to it all. But there is no reason. The most unbelievable things can happen and you have no idea why.”

After her ordeal on the rack, Pavla undergoes a series of transformations, each precipitated by violence: rape, war-time murder. She becomes an exhibit in a traveling circus, a wolf in a snowy forest, a prisoner in a subterranean bunker.

Victims of torture often talk about disassociation, a clinical term that could explain Pavla’s shape-shifting ways, and on this account, some readers might find a similarity between “Little Nothing” and “Life of Pi.”

But Yann Martel’s novel played out as a parlor trick, whose dissociative secret is revealed in the final chapters. Silver instead sprinkles her story with clues that explain the mystery as the plot unfolds.

She is less interested in metamorphoses as a means of survival (think Ovid’s mortals escaping the terrible embrace of their gods) than in finding power in the face of powerlessness. When pain is the catalyst, imagining becomes an act of courage.

Our guide to Pavla’s story, once she has disappeared into her lupine ways (reminiscent of Denis Johnson’s wolfish preoccupation in “Train Dreams”), is a young man, Danilo, whose empathy for others saves him from his own suffering. He is in love with Pavla and apprentices with a tracker, storming through snowy forests in pursuit of her.

His challenge is a reader’s challenge when faced with a story that borders on parable. To succeed in the hunt, he must learn “to see, much less decipher, the opaque and irrational narrative that lies beneath what appears to be the likely story.”

As Silver charts realms of quackery and freak shows, lycanthropy and psychoanalysis, indoor plumbing and urban waterworks, she eventually brings together the pieces of this story like glass in a kaleidoscope patterning and coalescing. The effect is mesmerizing.

Fragments of memory — catching fish in her mouth, smelling the odors of damp trees, urine, rancid milk — flood Pavla’s mind as she tries to recall who she is and whether she is real (a lovely question in the land of make-believe). Her efforts are poignant, and even though she doesn’t succeed, she manages something far greater.

Imprisoned underground in a lightless cell, she finds herself on familiar terrain, only this time she experiences beauty and wonder — “red, ocher, a deep, dark green, every color imaginable imbricated in the blackness” — and an epiphany that “out of nothing comes everything.”

When the commander of the prison visits, his intention to demean and mortify, she sloughs him off. Her vision of life is more broad, more capacious.

Pavla’s last metamorphosis is her greatest, and “Little Nothing” becomes a call to trust, not fear, the mysteries that surround us.

When Danilo is reunited with her, he feels as if he has stepped “into another world where all the unruly and lost parts of himself are gathered up and shuffled into order.”

“Little Nothing” celebrates not only the unruly and lost parts of all our lives but also the possibility of their reordering and comprehension. The gathering up and shuffling may seem artificial, but the purpose of art is nothing less: to wrestle from the random tragedies of life both meaning and intention, even if in the guise of a fairy tale. (TNS) 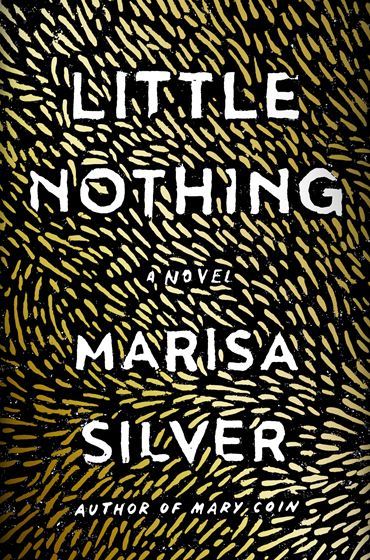