The group will introduce work from the book, titled “Fleeting,” with copies available at the event and online.

The book has three sections -- poetry, short stories, and short plays -- with an emphasis on poetry.

“The wonderful thing about this book is the variety,” said Clare Hartwieg, one of the book’s editors.

“The authors come from all over the world, so there’s a really broad range of themes and styles in the book. Some of the pieces are more serious and thought provoking, but there is plenty of humor and satire too.”

“We chose the title ‘Fleeting’ because the one common theme among all the writers is that we all happen to live in Korea at the same time. In the expat community, we’re used to people coming and going all the time.” 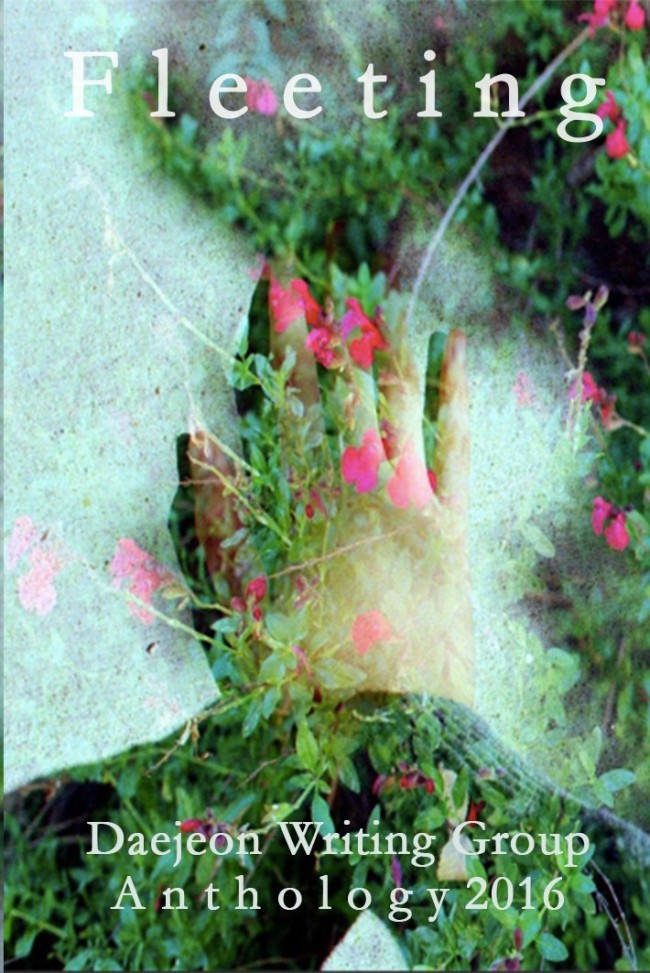 Leela Bear, another editor, also said the variety was a plus point.

“We do have one writer who is a Korean national and she did a story about Korean history, which I think is quite nice for a lot of people who don’t really know about that kind of thing yet, and it’s written in such a way to pique people’s interest,” she said.

“With the poetry it is a lot of self-focused poetry. It’s perfect for people who prefer them more sentimental,” Bear said.

“And the sketches and plays are very more towards satire and comedy. One play deals with a real life situation that the writer adapts into the play and I think it is a nice insight into what non-white people go through to get visas to other countries at the moment.”

Daejeon Writers started in spring and meets every Tuesday to take it in turns to critique each other’s work -- something Leela Bear says is very useful for the members.

“It’s basically a point of reflection for a lot of us or sometimes we just do a fun creative writing activity,” she said.

Hartwieg said such meetings -- and the making of a collaborative book -- made their writing a more sociable activity than it is normally perceived.

“I think people are sometimes put off joining writing groups because they are afraid of being criticized,” she said. “But we would say that if you like writing, join a writing group. It’s all about making new friends, encouraging each other, and helping each other to get better at writing.”

Saturday’s launch will be done in partnership with Daejeon Wordsmiths, a spoken word performance group that also held an earlier event that raised funds to pay for the book.

With the cost of printing the book already covered, the money from sales will go toward Daejeon Paws, a no-kill shelter in the city that specializes in small dogs.

“(The shelter’s owner) does adoptions as well, her dogs are all in good condition. She mostly works with rescues, so she does good work,” said Bear. “She is very much known and loved through the town by the foreign community.”

The launch will take place at Santa Claus in Gung-dong, Daejeon, from 6:30-8 p.m. The book will be on sale at the launch for 5,000 won, with all of the money going toward Daejeon Paws. After that, the book will be available by contacting the group at daejeonwriters@gmail.com and an ebook version will also be made available through Amazon.