The import price index climbed 2.1 percent from the previous month to 84.91 in terms of local currency, the Bank of Korea said Tuesday.

The import price index has been moving upward since September, with January’s figure marking the highest since December 2014 at 83.14. 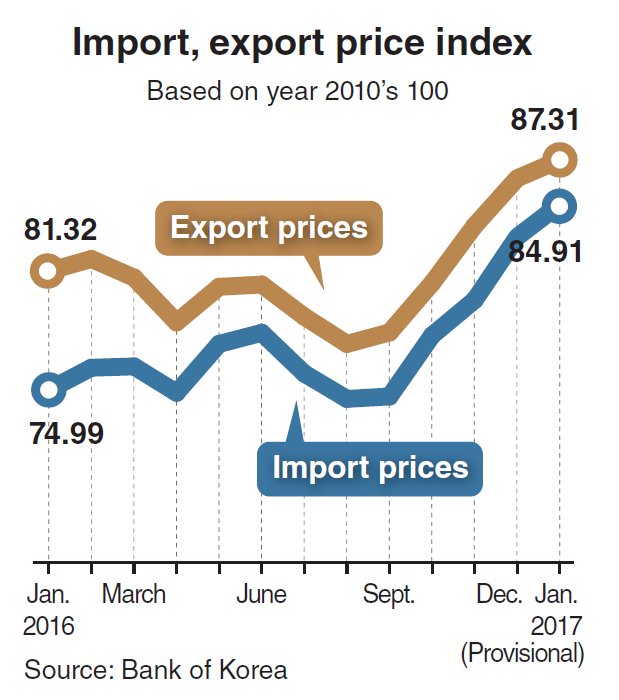 The increase was led by hikes in fuel prices and the stronger US dollar, an official from the central bank said.

Costs of raw materials including crude oil have also gone up 3.4 percent from December, due to a recovery in the global raw materials market.

The US dollar strengthened 0.2 percent in January from the previous month.

Import prices jumped 13.2 percent on-year, the biggest rise since a 14.5 percent surge in October 2011, according to data.

The increase in import prices may further push up consumer prices this year, the bank said. Consumer prices have been on an upward trend in recent months. In January, the consumer price index gained 2 percent from a year earlier, at a faster pace than the previous month’s 1.3 percent rise, according to Statistics Korea.

Amid an upturn in oil and raw material prices, local companies have said they might raise their product prices, according to separate data from the central bank last week.

On a yearly basis, export prices jumped 7.4 percent in January, compared to a 6.6 percent increase in December.