Overseas shipments from March 1-10 were estimated at US$1.43 million after hitting a five-year high in the previous month, the Korea Customs Service said in a statement.

"Rising oil prices in recent months have boosted local exporters who had been suffering from slumping oil prices and slowing demand in global markets," a KCS spokesman said.

Exports of petrochemical goods soared 109.7 percent in the 10 days from the same period of 2016, it said. 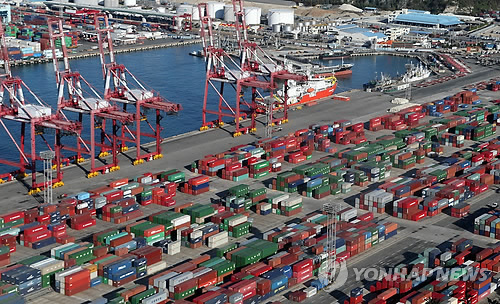 Exports of vehicles and semiconductors increased 50.8 percent and 32.3 percent, respectively. The customs office expects the robust growth will continue during the remainder of the month.qhsoRp

Shipments for the first two months of the year were $8.35 million, up 16 percent from a year earlier. The country marked a trade surplus for the 61st consecutive month in February, according to the trade ministry. (Yonhap)