Overseas tuition fees spent by South Koreans fell 6 percent last year from a year earlier due to the won's weakness and the slowing economy, the central bank said Friday.

In 2016, the tuition fees for South Koreans studying overseas declined to $3.52 billion from $3.74 billion a year earlier, according to data compiled by the Bank of Korea. 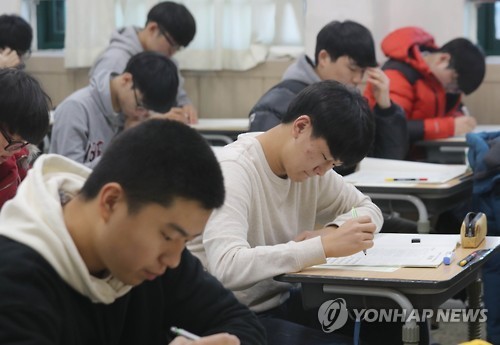 "Rising exchanges rates may have affected the declines in spending by parents on education for their children overseas," a BOK official said.

Still, the number of South Korean students overseas increased to 223,908 in 2016, up 4.3 percent from the previous year, according to the education ministry.