By Korea Herald
Published : Mar 20, 2017 - 11:18       Updated : Mar 20, 2017 - 11:18
South Korea‘s average hours worked ranks among the highest levels of the Organization of Economic Cooperation and Development countries, but its productivity failed to reach even half the level of advanced nations, data from the OECD’s “Goring for Growth” report showed. 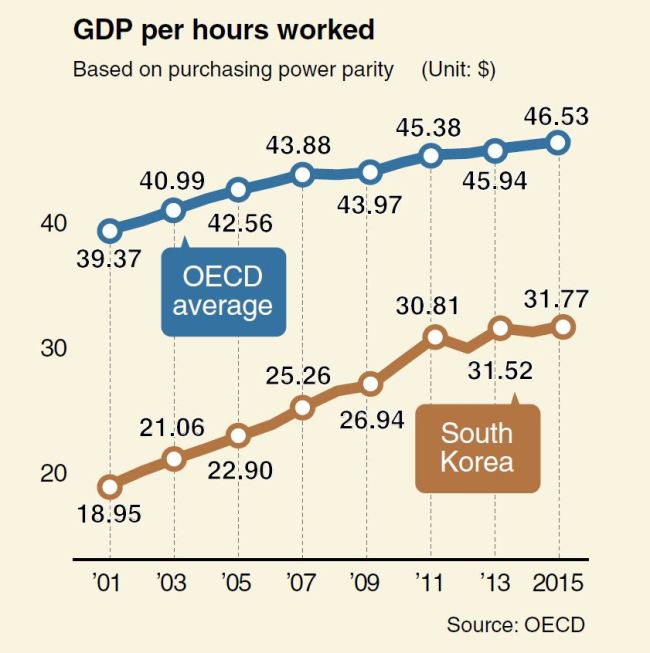 The report pointed out that while South Korea raised the gross domestic product per capita in a short span of time, to reach within a quarter of the average of the most advanced OECD countries, the working hours remained among the longest in the OECD, leaving the productivity only about half as high.

Between 2009 and 2015, Korea’s average annual rise of labor productivity came at 1.9 percent, lower by 0.7 percent from the previous seven-year time frame.