The total outbound shipments reached $27.3 billion during the cited period, up from $23.8 billion tallied over the same period last year, according to the data compiled by the Korea Customs Service. 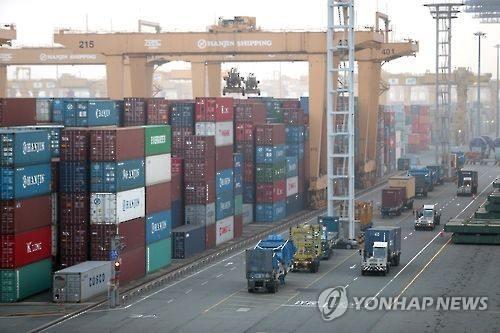 The increase was led by a 42.5 percent on-year gain in exports of semiconductors and a 62.2 percent surge in petroleum products.

Exports to China rose 16.4 percent over the 20-day period from a year earlier, while those to the United States fell 6 percent on-year.

Imports soared 29.4 percent to $26.6 billion over the same period, the data showed.

Consequently, the trade surplus reached $765 million, down sharply from the previous year's $3.3 billion.

Asia's fourth-largest economy saw its outbound shipments make a turnaround from a two-year-long slump in November last year on the back of recovering world trade and rising oil prices.