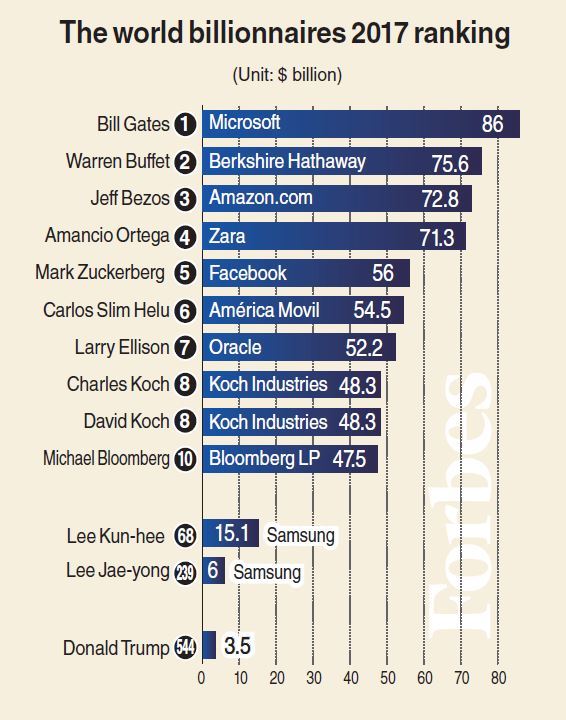 The latest update on the world‘s billionaires by Forbes showed that Bill Gates remained the richest for a fourth year in a row. Amazon’s Jeff Bezos had the best year, adding $27.6 billion to his fortune. Facebook founder Mark Zuckerberg moved up to No. 5, his highest yet. There were 195 newcomers, with China introducing the most new 10-figure fortunes at 76. There are also 15 new self-made billionaire women, all but one of whom is from the Asia-Pacific region.