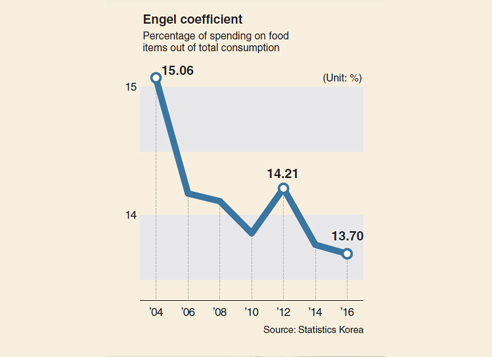 South Korea’s monthly average household spending on food and non-alcoholic beverage items reached 349,000 won last year, with the Engel coefficient against the total spending coming at 13.7 percent, the lowest since 2003.

The drop was attributed to a decline in food prices that brought down the overall spending amount.

The coefficient, however, differed significantly among different levels of income, with the index for the low-income households marked at 20.44 percent.

Engel‘s law indicates that as income rises, the proportion of income spent on food declines.