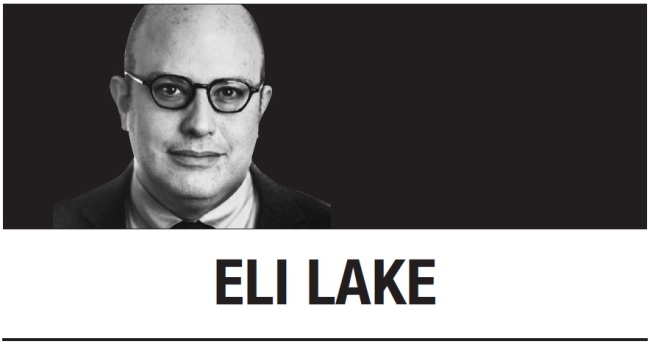 Yes, he presides over a Gulag state in which his people live in constant fear. Yes, he has recklessly built nuclear weapons despite severe international sanctions. And yes, he allegedly dispatched an agent to poison his half-brother in Malaysia with a nerve agent.

But deep down, the dear leader really wants a modern, open economy.

This is at least what President Donald Trump and his closest advisers now say when asked what the US is prepared to offer Kim in exchange for full denuclearization.

“We can create conditions for real economic prosperity for the North Korean people that will rival that of the South,” Secretary of State Mike Pompeo told CBS News. “It won’t be US taxpayers. It will be American know-how, knowledge, entrepreneurs and risk-takers working alongside the North Korean people to create a robust economy for their people.”

This is important for a few reasons. To start, the US position ahead of next month’s Trump-Kim summit is that Trump will not be downgrading the alliance with South Korea. Historically, North Korea uses “denuclearization” to mean the US should no longer extend its nuclear umbrella to Seoul. It’s a good thing that this concession is apparently not on the table.

Pompeo’s comment is also significant insofar as he is disclosing what Kim himself has told him in face-to-face meetings. In the past, the North Koreans have demanded oil and cash to keep their dysfunctional state afloat. The old formula was Pyongyang gives up its nukes in exchange for saving its regime.

What Pompeo, Trump and national security adviser John Bolton are now saying is that Kim actually wants to modernize his society -- or to borrow Trump’s phrase, bring his country “into the real world.” That really is new. So it’s worth calling Kim’s bluff and testing that commitment.

In order to do that, Trump needs two agreements from Kim: a nuclear one and an agreement on human rights. After all, real economic development requires a baseline of political freedom -- the two go hand in hand. If foreign corporations are going to invest in the country, their shareholders will need to have confidence that their workers won’t be disappeared, that the courts are at least fair, if not independent.

There is some precedent for this. In 1975, the US, Europe and the Soviet Union signed the Helsinki Accords. It was primarily a security agreement that acknowledged Soviet sway over Eastern Europe, but it also included a third basket that explicitly committed Moscow to uphold the basic human rights of its citizens.

A year after the Helsinki Accords were signed, a group of Soviet dissidents formed a group to hold their country accountable to this international commitment. The agreement also established a link between dissidents behind the Iron Curtain and civil society in the free world. It was one important factor that ultimately led to the fall of the evil empire.

Serious thinkers have proposed a Helsinki approach in recent years for North Korea as well, among them former South Korean President Park Geun-hye. Frank Jannuzi, a former East Asian security expert on the staff of the Senate Foreign Relations Committee, made the case in 2013 that a Helsinki approach could begin to break the regime’s information monopoly on its citizens, a necessary precondition to liberalization. As he wrote then in Foreign Policy, “Truth is a powerful antidote for fear and repression.”

There are of course good reasons to be skeptical. Kim’s family has a history of making promises and pocketing interim commitments. But then again, so did the Soviet Union.