From Faust to ‘Flashdance,’ Daegu musical fest to run the gamut

The 12th DIMF will be held from June 22 to July 9 at major theaters across the city. The opening ceremony will be at 9:50 p.m. at Daegu Opera House, just after the curtain-raiser “Mephisto” makes its first performance at the same venue.

The hit musical from Czechoslovakia is an interpretation of the classic “Doctor Faustus” by Goethe, telling the story from Mephisto’s perspective. 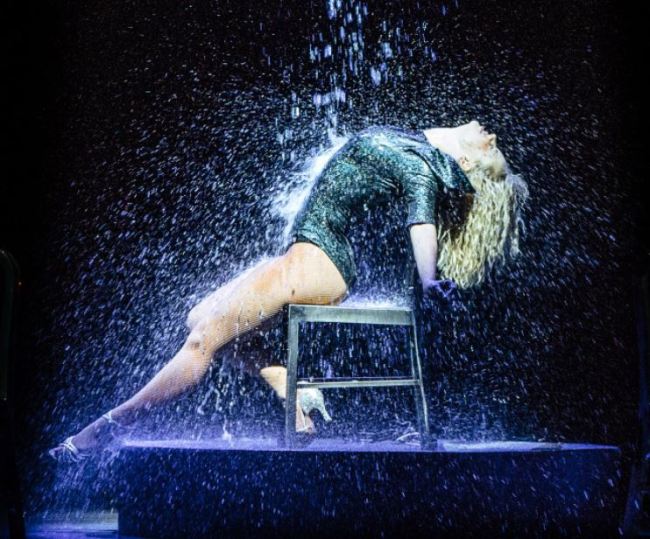 "Flashdance” (DIMF)
“The musical value and sentiment that the people of Czechoslovakia feel shares some similarities with those of Koreans. I think this is a piece that fits the taste of Koreans,” said Bae Seung-hyuk, executive committee chairman of the event, adding that he handpicked “Mephisto” and the closing piece “Flashdance” after checking them out himself.

The 165-minute “Mephisto” is in Czech, but has subtitles in Korean and English. It will be staged from June 22-24.

Eight musicals will be performed under the official invitation category: “I Love Piaf” from France, “Romeo and Juliet” from Russia, “Mr. & Mrs. Single” from China, “Meant to Meat” from Taiwan, “Zhibek” from Kazakhstan, “Pianoforte” from Korea, and “Flashdance” from the UK.

“Flashdance” will be performed at Daegu Opera House from July 4-7.

The show is based on the 1983 film, and features a young steelworker, Alex, who performs at a small club at night. She aspires to realize her dream of becoming a professional dancer.

On the closing day, the DIMF Awards will be presented at the Opera House.

In addition to the eight invited productions, three musicals will be performed as “special performances.”

“Turandot,” the only Korean-language musical with English subtitles, will be performed at KMU Art Center from June 29 to July 8.

“The 12 Moons” and “The Musical Oesol” will be staged at Ayang Art Center.

As always, the DIMF will work to support up-and-coming local musical producers. This year, “Warmly Creamy Mellowly,” “Missing,” “Blue Rain,” and “Elephant Box” will be performed around the city.

The College Musical Festival will feature eight musicals produced locally, and one musical, “Papa, I Only Sing for You,” from China.

Other activities, such as an open musical lecture, backstage tours and fan signing events, will also be held during the festival.

Tickets for the event open at 2 p.m. Thursday via Interpark.