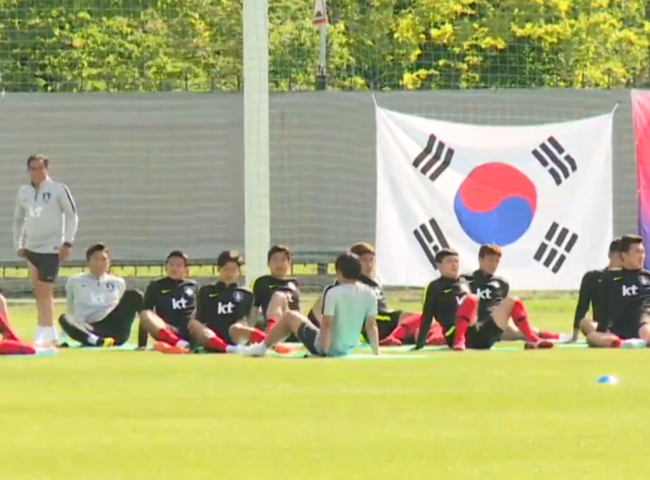 The Korea Republic national team held an open training Saint Petersburg’s Spartak Stadium on Wednesday ahead of the 2018 World Cup.

The team is to face Germany, Mexico, and Sweden in the Group F games.