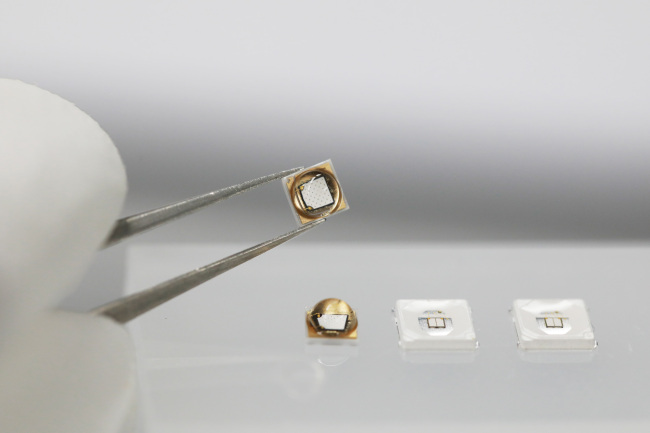 The company said its 405-nanometer visible LEDs can sterilize an indoor space without having to use any chemicals by removing 99.9 percent of bacteria while the light is turned on.

LG Innotek said, “As this product does not harm the human body, its sterilization function can be used in places where many people pass by such as kitchens or restrooms.”

The product was examined and was deemed not to have any negative effect on the eyes or skin by the Photobiological Safety Standard of International Electrotechnical Commission, an international standard for electrical technology, according to the company.

The mode can be set to high sterilization, low sterilization, or general light, according to the contamination level, human presence and characteristics of the place, the company said.