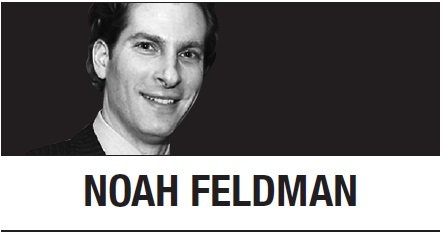 In retrospect, it seems obvious that President Donald Trump would want to have his cake and eat it, too. That’s essentially what he was doing Friday by both signing a government funding bill that provides $1.375 billion for a barrier with Mexico while also declaring a national emergency to allocate other federal funds for the same purpose.

Presumably, congressional Democrats knew this could happen when they entered the compromise to keep the government open in exchange for barrier funding considerably less than Trump sought. Political calculation is their expertise. They must have realized that by handing Trump a “defeat” on wall funding, they were effectively forcing him to declare victory via an emergency declaration.

But Democrats may not have fully considered that by agreeing to the compromise, they have considerably weakened the coming legal challenges to Trump’s emergency declaration and redirection of money.

Start with what I consider the best argument that, emergency or otherwise, Trump lacks the constitutional authority to spend money on a wall that the US Congress hasn’t specifically allocated.

As I argued when Trump first started threatening to declare an emergency, what’s really wrong with this idea is that it violates the separation of powers established by the constitution.

Congress’ most significant power is the power of the purse. Congress exercises that power by passing laws that tell the executive branch what activities will be funded. Logically, the opposite is also true: Congress has the power not to pass laws when it doesn’t want the president to do something.

If Congress had chosen not to fund the barrier at all, then the president would be going directly against Congress’ intent by taking money from other places in the budget and using it to build the wall.

In essence, it would be as if Congress didn’t exist. That’s the trigger for a serious challenge to the separation of powers.

Thus, had there been no funding for building the barrier, legal challengers to Trump’s reallocation could have argued convincingly in court that Trump was effectively contradicting the express will of Congress. They could have said that two Congresses in a row had denied Trump the resources to build the wall. That would’ve been powerful evidence that Trump was circumventing the Congress’ constitutionally mandated role of allocating funding.

However, by allocating $1.375 billion for a barrier of some kind -- even one not made of concrete -- Congress muddied the waters for this argument.

Now Trump’s lawyers will be able to say that Congress supports building a wall, and that his reallocation of funds is necessary to achieve Congress’ expressed will.

No longer will it be possible for the challengers to say that Congress definitively rejected barrier funding. The most they will be able to say is that after negotiation, Congress allocated a fixed amount for barrier funding, and that this amount cannot be exceeded without defying Congress’ will.

The new circumstances don’t make it automatic that Trump will win court. Nevertheless, his case is now substantially stronger.

The separation of powers argument was always going to rest on convincing the courts that Trump was engaged in an unprecedented reallocation, unprecedented because it went against the expressed will of Congress. Now it’s not so clear that Trump’s action is genuinely unprecedented in that sense -- because Congress hasn’t so clearly rejected barrier funding altogether.

Challengers to Trump’s reallocation are almost certainly going to try to argue that the emergency he plans to declare is bogus.

To win, the challengers would have to convince a court not to defer to the executive’s judgment about what counts as an emergency. That’s a tall order for any court, because most statutes connected to the declaration of emergency implicitly give the president leeway to interpret situations as an emergency.

One of the strongest reasons for the court to reject the emergency theory was that no one other than Trump seemed to believe in emergency existed. Trump’s repeated statements and tweets on the subject could conceivably have been used against him, as evidence that he was trying to gin up some sense of an urgent problem.

Yet Trump’s claim there is now an emergency that demands the exercise of presidential powers is stronger as a result of the congressional compromise.

Trump can now argue in court that Congress recognized the emergency, and responded with partial funding.

Instead of looking like propaganda, his public statements about an emergency can now be depicted by his lawyers as elements in an effort to draw Congress’s attention to a crisis he saw clearly.

Trump can argue that he isn’t alone in recognizing an emergency -- Congress has, too, insofar as it gave him funding for a barrier.

He can also say that the emergency still exists, because the funding was insufficient to address it completely.

Challenging the existence of an emergency was going to be hard anyway. But now it’s harder.

Maybe the Democrats don’t really care what Trump does now that the government is reopened. If they do, however, they had better take note that blocking Trump’s emergency relocation in court just got harder.


Noah Feldman
Noah Feldman is a Bloomberg Opinion columnist. He is a professor of law at Harvard University and was a clerk to US Supreme Court Justice David Souter. His books include “The Three Lives of James Madison: Genius, Partisan, President.” -- Ed.