[Michael Schuman] What North Korea could learn from Vietnam 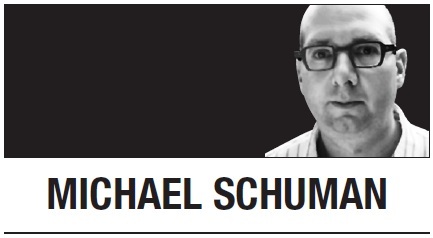 Vietnam is more than a convenient neutral site for the second summit between US President Donald Trump and North Korean dictator Kim Jong-un, which is slated for later this month. The Southeast Asian nation is being held up as a model for what Kim’s isolated country could become if he adopts sweeping market reforms.

The choice facing Kim at the Hanoi summit is the same as it’s always been: weapons or wealth. The US has long offered North Korea a chance to develop its moribund economy in exchange for abandoning its nuclear program.

Like his father and predecessor, though, Kim has so far left the deal on the table. Clearly he’s worried about losing his iron grip on the country if it opens up to the outside world. Moreover, it’s not entirely clear that the model of export-driven growth that Vietnam and other Asian tiger economies followed can work for the North, given the current rollback of free trade.

Vietnam’s experience would address both these concerns. Like China and fellow tigers Singapore, Malaysia, Taiwan and South Korea, Vietnam has posted an impressive record of growth since launching its “doi moi” reforms in the 1980s, lifting national income per capita from less than $95 in 1990 to $2,342 in 2017. Like China and Singapore, it’s managed to do so while maintaining firm one-party control over the political system and avoiding political and social unrest.

Uniquely, though, Vietnam could also show Kim how opening up could actually bolster his regime’s strength. At the moment North Korea, shunned by much of the world, is almost entirely dependent on its gargantuan neighbor and ally, China. Vietnam has been able to translate reform into strategic independence by balancing improved ties to the US against China’s unavoidable economic influence. More of its exports go to the US than China, while Japan, South Korea and Germany are also important customers. That’s allowed Vietnam some room to push back against China, for instance, on its incursions into the South China Sea.

Even more, Vietnam proves that the old Asian development model can still work. The country has skillfully enlarged its role in the global economy. Exports expanded to more than 100 percent of national output in 2017 from about 70 percent a decade earlier. The secret has been an aggressive pro-trade policy that’s propelled Vietnam into numerous free-trade agreements. That, combined with an improving business environment and low costs, has made Vietnam a sound alternative to China for labor-intensive manufacturing, such as apparel and mobile phones.

A low-wage North Korea could readily achieve the same. It might even have an edge over Vietnam in attracting such factories, given that its neighbors China, Japan and South Korea share a keen interest in ensuring Kim’s reforms work.

Most of all, Vietnam highlights the true lesson of Asia’s record of modernization: Any poor economy, no matter what its history and cultural background, can alleviate poverty and industrialize with the right mix of policies. Looking back at the assorted tiger economies, they had little in common. Vietnam was a communist country only recently free of war; Singapore a tiny trading entrepot; South Korea a rump of a former monarchy; Indonesia a mishmash of disparate tropical islands. Nevertheless, all achieved spectacular rates of growth over extended periods of time by capitalizing on their comparative advantages in the global trading system and promoting private enterprise.

That doesn’t mean they all copied the same development strategy. Each country adapted the basic principles to its own particular characteristics and conditions. Vietnam had to transition from a planned to a market economy; South Korea counted on heavy dose of state guidance; the colonial administration in Hong Kong did little beyond stay out of the way.

North Korea will have to find its own route, too, based on its own (often bizarre) history. For instance, North Korea has been far more isolated for far longer than Vietnam was prior to its “doi moi” reforms, which could make integrating into the world economy more difficult. Kim would also have to overcome his country’s contentious record with foreign companies, especially after freezing the assets of those operating in the Kaesong Industrial Complex in 2016.

The most critical challenge, of course, is getting sanctions lifted. Without that, any hope of following Vietnam is a fantasy. Kim needs to make a calculation that development is more important than maintaining a nuclear deterrent. Scholar John Delury believes he wishes to be his country’s Deng Xiaoping -- the strongman who unleashed an economic miracle. Others proffer evidence that Kim has already overseen a sizable shift toward a more free-market economy (even if not officially acknowledged). But he has yet to make a decisive break favoring butter over guns. We’ll see if Vietnam changes his mind.


Michael Schuman
Michael Schuman, who is based in Beijing, is the author of “The Miracle: The Epic Story of Asia’s Quest for Wealth” and “Confucius and the World He Created.” -- Ed.