The technology allows users to enjoy separate images or videos on parallel screens without technical delays, the firm said. For example, users can hold the phone in a horizontal position and play mobile games on one screen, with virtual joysticks below. 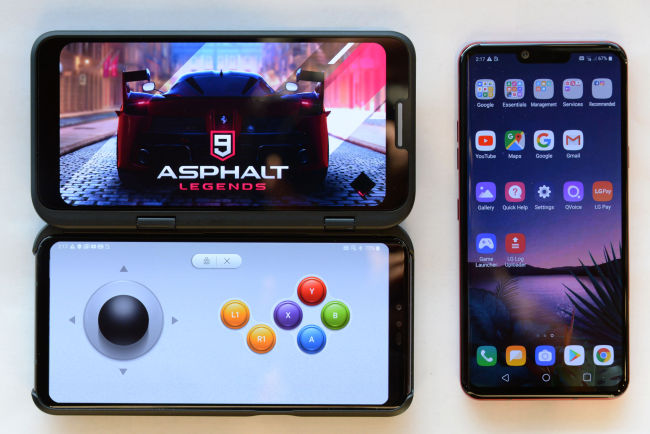 
“Instead of one big screen (spread out) on foldable phones, we came up with the idea for multitasking,” Rafael Kim, who manages product planning from LG Electronics. “Not only can we offer faster connectivity, but we are seeking to give faster interface to the users.”

The company had said it would not release a foldable phone after Samsung grabbed global attention with its first foldable gadget, the Galaxy Fold. The phone was introduced in San Francisco, the US, last week.

On Feb. 15, Kwon Bong-seok, president of LG’s home entertainment and mobile communications businesses, had said it was “too early” to bring to a smartphone the same concept of its iconic rollable OLED TV that had wowed the world during January’s Consumer Electronics Show. 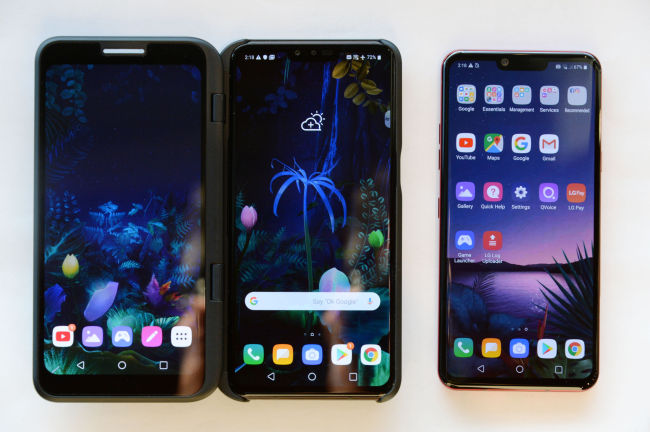 
LG, meanwhile, also unveiled another flagship smartphone, the G8 ThinQ, based on the current 4G network. The phone will be out on the market before standalone 5G services are available, the company said.

“From premium products to practical ones, we will continue to cater to our customers’ needs by releasing phones that go beyond expectations,” said Kwon Bong-seok, president of LG’s home entertainment and mobile communications businesses.

The phone also supports Qualcomm aptX and aptX HD audio technology for premium Bluetooth audio quality and low latency ideal for immersive listening experiences over headphones or earbuds, according to the company.