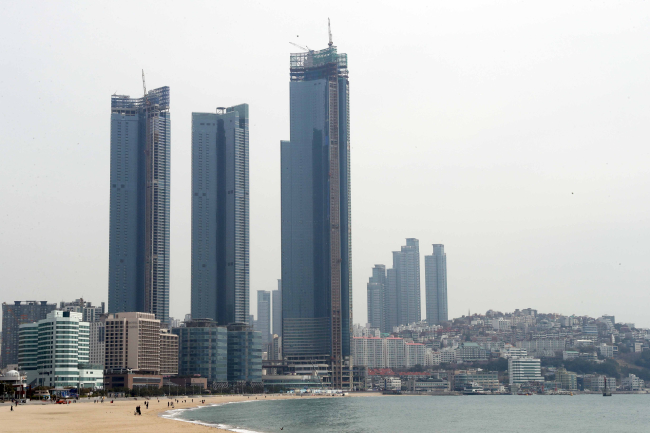 The frameworks for Haeundae LCT The Sharp, a major urban development project involving two 85-story residential towers, and a 101-story tower overlooking Busan’s Haeundae Beach, have been completed, Posco Engineering & Construction said Monday. This marked the end to a tortuous 1,272 days since the buildings’ groundbreaking in October 2013. Construction for LCT sailed through foul winds between 2015 and 2017 due to accusations of illicit deals involving government-business collusion during impeached ex-President Park Geun-hye’s reign. The LCT tower, with a height of 411 meters, is the second-tallest building in Korea, after only the Lotte World Tower in Songpa-gu, Seoul. (Yonhap)