[Graphic News] From BTS to BoA, a look back on K-pop acts ons Billboard 200 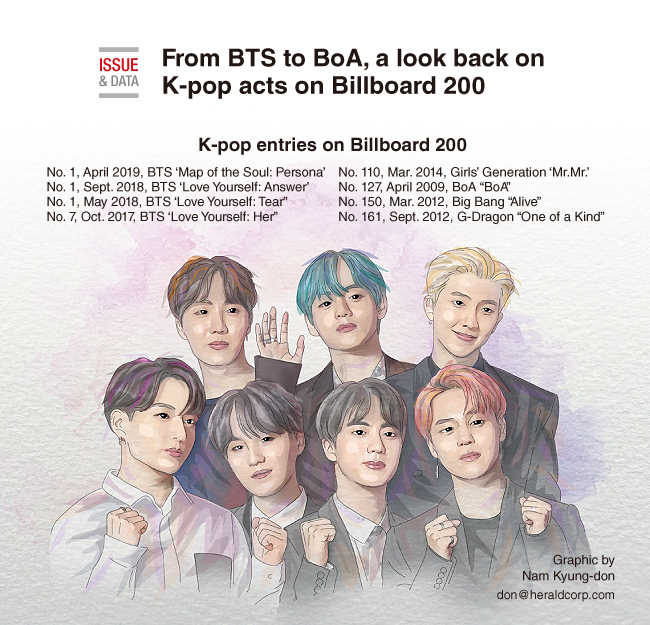 BTS is set to make history as the boy band is on course to have its third No. 1 album on the Billboard 200 album chart for the week ending April 27.

While the group’s “Map of the Soul: Persona” is the latest K-pop record to top the high-profile chart, it’s worth nothing there were other South Korean artists who had a crack at the US market and left their mark.

In 2009, BoA became the first K-pop singer to enter Billboard’s albums chart with her self-titled US debut album, which peaked at No. 127.

In the meantime, BTS remains the only group from South Korea to have not just one but three No. 1 albums in the US, including “Map of the Soul: Persona,” “Love Yourself: Answer” and “Love Yourself: Tear.”

Billboard’s album chart is based on both retail and digital sales as well as streaming performances.