It is Bong's second time competing for the Palme d'Or, or Golden Palm, following the selection of his adventure film "Okja" in 2017. 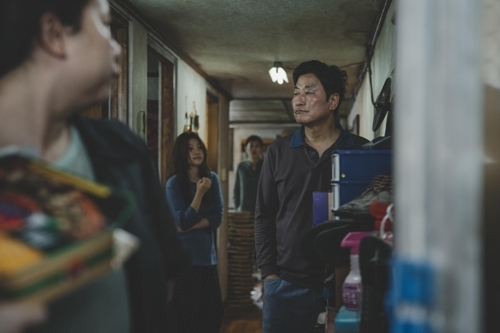 "Parasite" (CJ ENM)
It is also the fourth consecutive year that a South Korean film has been chosen to compete in the international film festival, following Park Chan-wook's "The Handmaiden" in 2016 and "Burning" by Lee Chang-dong in 2018.

The flick pictures a working-class family that gets entangled in an unexpected incident after the son has a chance to access a wealthy, elite world.

Song Kang-ho, who plays a main role in the movie, collaborates with Bong for the fourth time, following "Memories of Murder," "The Host" and "Snowpiercer."