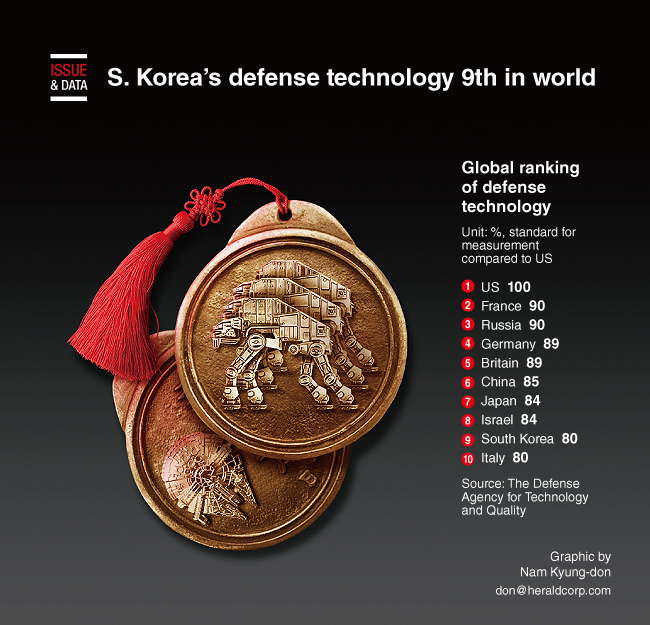 According to the triennial report published by the Defense Agency for Technology and Quality, the comparative level of Korea’s overall defense technology was tied with Italy, among 16 major countries.

The US topped the list, followed by France, Russia, Germany, and Britain. China was sixth, and Japan and Israel came next.