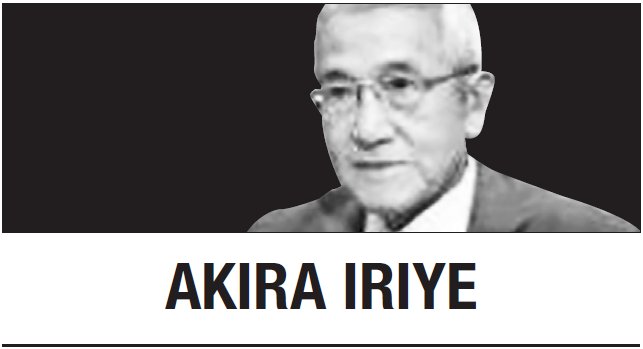 Japan’s Emperor Akihito will abdicate on Tuesday, having sat on the Chrysanthemum Throne since 1989. At the age of 85, Akihito seemingly wishes to live in quiet retirement with Empress Michiko, his wife of 60 years. His elder son, Crown Prince Naruhito, will succeed him as emperor.

Akihito’s reign began upon the death of his father, Hirohito, whose life had spanned decades of domestic and international turmoil. Although Akihito himself came of age during the tumultuous era of World War II and the Cold War, both Japan and the world had changed significantly by the time he became emperor. And he is likely to be remembered as a monarch who made a positive mark on the global stage.

Understanding Akihito’s reign requires some modern historical context. From about the late 18th century to the middle of the 20th, people in most parts of the world belonged either to an empire or, increasingly, to an independent country. There were still relatively few sovereign states at the end of the 19th century. But as more people living in empires asserted nationhood, the number of independent states grew from around 50 to over 200 during the 20th century. People from around the world came to identify themselves as citizens of a sovereign country.

At the same time, however, people also increasingly defined themselves by their non-national attributes, such as gender, ethnicity, race, religion, education or age. Furthermore, we are all global beings, if not yet “world citizens.” We live in the natural environment, are affected by climate, and are linked by rivers and oceans. In other words, we are defined by our multiple identities and by the world we have inherited. And the Japanese emperor is no exception.

Akihito was born during the heyday of sovereignty, and the twilight of empire. The 1930s was a decade of potential and actual conflict, as countries vied with one another for power and armed themselves in constant preparation for war.

Japan, though a latecomer to the community of modern states, was by then a great power – helped by alliances and agreements with other powers that safeguarded the country’s security and enabled it to grow stronger. Having annexed Korea in 1910, Japan began its military expansion in Asia two decades later. By 1941, it was at war with the United States. With the Soviet Union also joining Japan’s enemies, the Asia-Pacific war became part of the global conflict that finally ended in August 1945.

Akihito was a teenager at the time, and his life was about to change in dramatic, unpredictable ways. The American-led occupying authorities in postwar Japan, under Gen. Douglas MacArthur, did not demand that Emperor Hirohito abdicate or face trial before an international tribunal. Instead, Hirohito was to be transformed from a god into a mere human being, and would subsequently have only a symbolic, ceremonial role in Japanese politics.

Hirohito continued to reign in that capacity until 1989. The young Crown Prince Akihito, meanwhile, had received an education in which an American woman, Elizabeth Vining, played a major role. Vining, a Philadelphia Quaker, served as the crown prince’s personal tutor, teaching him English and other subjects. In doing so, she helped to prepare Akihito for the world that would greet him when he became emperor.

By the late 20th century, the world of nation-states was giving way to one of growing transnational connections and concerns. Traditional sovereign states would no longer command the loyalty and attention of people everywhere. Rather, countries and individuals would exist and interact in a transnational and global setting. The world was entering an era in which resources and problems would be shared across national borders.

This phenomenon has been particularly evident in worldwide efforts to protect the environment and uphold human rights. And it was on precisely these issues that Akihito began to play an increasingly active and assertive role.

Earlier in his reign, Akihito had been reticent, as if to avoid giving any impression that he was seeking to reassert imperial authority. But now both he and his wife became more visible and outspoken, visiting different parts of Japan and the world to express concern about environmental degradation and human rights abuses. This included imperial visits to Okinawa and the Philippines, which had been major theaters of military conflict during World War II.

Akihito’s willingness to become involved in such issues made him a transnational spokesman for humanity. In this sense, Japan’s emperor for the past 30 years has been much more of a global leader than a national one. That sets him apart from his father -- and from many of the world’s current leaders.


Akira Iriye
Akira Iriye, an emeritus professor of history at Harvard University, is the author of “Pacific Estrangement: Japanese and American Expansion, 1897–1911,” “Across the Pacific: An Inner History of American-East Asian Relations” and “Global Community: The Role of International Organizations in the Making of the Contemporary World.” -- Ed.