The airport is the world’s top service provider and the third-largest cargo terminal which processes 800,000 tons of outbound cargo annually. But when it comes to fleet maintenance and repair services, Asia’s top airport is still in its infant stage, said Paik Soon-suk, president and CEO of Sharp Aviation K, Korea’s aviation service provider.

“This is why we have to join hands to nurture the market for MRO (maintenance, repair and overhaul services) which creates thousands of jobs, generates massive revenue and helps the country further build its reputation as a leader in the aviation industry,” Paik said in an interview with The Korea Herald.

“I see potential in Korea’s MRO market, but there should be joint efforts by the government, air carriers and an independent service provider like us. It is crucial for the future of the nation’s aviation industry.”

MRO is a big part of aviation service that ensures safety of aircrafts which roughly costs more than $10 million per fleet. Despite its reputation as a world-class airport, Incheon has been losing opportunities for MRO business to neighboring countries -- Japan, Hong Kong and even Mongolia.

Korean Air, the nation’s biggest air carrier, has its own MRO unit, covering mostly its own fleets. Demand for MRO services in Korea is estimated at around 2 trillion won ($1.68billion), according to local reports quoting surveys conducted by global research houses.

Sharp Aviation K sees a void in the potentially big market as an opportunity.

“Facts tell it all –- Incheon will handle even more air traffic as it plans to build two more runways,” he said. “And we are the only independent and globally certified MRO service provider in the country. We are ready to offer premium services like one-stop hotel services to foreign carriers and low-cost carriers at Incheon.”

Based on its 17 years of experience in line maintenance, Sharp Aviation K has earned recognition from major manufacturers and carriers.

Last year, the company became the first noncarrier maintenance company to provide heavy aircraft checks in Korea. Aircrafts aged more than 10 years are subjected to heavier checks -- labeled as C and D. Since there are no independent maintenance service providers certified to perform C-check, smaller budget air carriers such as Jeju Air, Eastar Jet and T’way Air had to sign contracts with foreign maintenance companies for heavy checks.

Within this year, it is expected to be named as Boeing’s global fleet care supplier. The company is in the final stages before signing the partnership agreement, the CEO said. Winning Boeing’s recognition in flight repair and maintenance, will offer wider access to the market and an opportunity to go a step further. 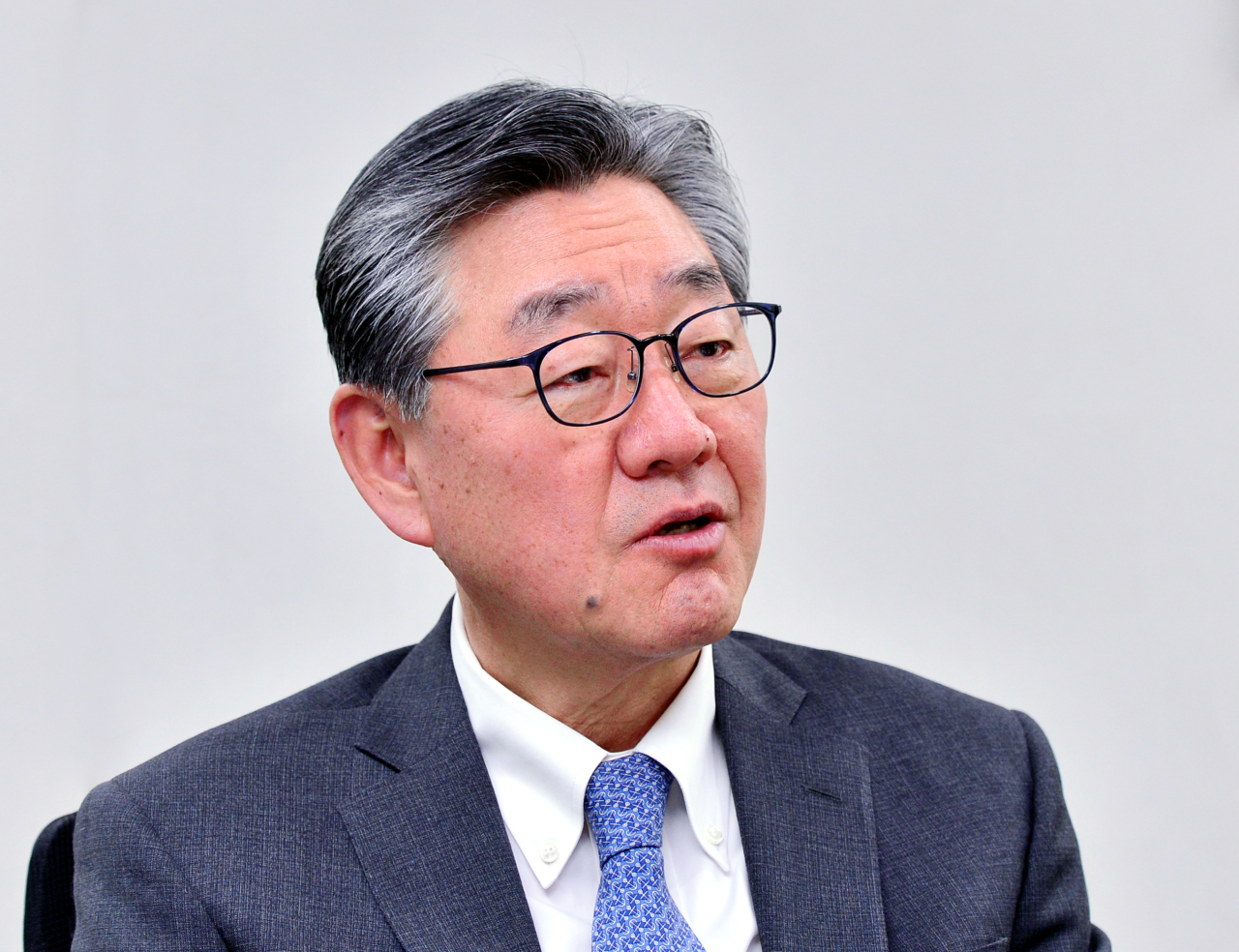 “We are certified for heavy maintenance check services of Boeing 747 new generation, but we’ll go for certification to repair bigger aircrafts such as Boeing 787, and also engine repairs in the next five years,” he said.

To become an MRO service provider requires massive investments and time, but building the trust of authorities and aircraft manufacturers comes first, he said.

“Even though the MRO business requires massive capital, it does not work even if you have a lot of money. Because it is about ensuring the safety of flights, you need to spend considerable time to study and build trust.”

Established in 1964, as a general sales and service agency, Sharp Aviation K jumped into the aviation service business 17 years ago, covering passenger handling, in-flight catering and MRO. It also runs an aircraft maintenance hangar, built in a joint venture with two local budget air carriers -- Eastar Jet and T’way Air. The company has one cargo terminal and warehouse built also in joint venture with Atlas Air.

The firm has spent around 200 billion won for its repair and maintenance businesses so far, but wants to learn more.

“Aircrafts evolve along with technological development in artificial intelligence and information communications technology, as well as advancement in materials for the lower weight of fleets. This means we also have to learn more and invest more to understand engineering mechanism of the latest aircrafts,” he said. “You can’t do this business only if you want to make money, you should find it fun to learn.”

The CEO also indicated the firm’s plan of going public, to enhance its capability as an MRO service provider, but said it is too early to discuss it.

“I know that we will eventually make a market debut to expand our business even to have capability of repairing aircraft engines -- the high value creating sector of the MRO business.” “But we’ll take it step by step. For now, it is time to prove ourselves and our capability to provide premium services first.”