[Francis Wilkinson] Democrats must win the war for truth 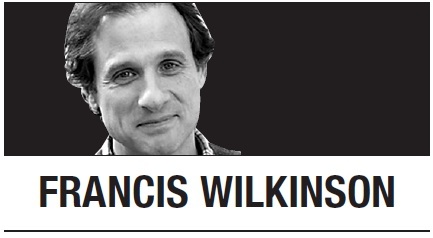 “Mr. Mueller seemed to expect that the system would work as it had in the past,” noted a news analysis last week in the New York Times. Former special counsel Mueller scrupulously followed legal and institutional rules as well as his own professional and personal code of ethics.

As a result, the Times pointed out, a bit wistfully, the way the paper’s travel section might pine for the heyday of Palm Springs or old Havana, the old ways were swept aside, and US President Donald Trump was able “to fill the void with reckless accusations of a witch hunt.” Mueller’s dense, detailed, damning report, encompassing just one seedy corner of the president’s sprawling penchant for corruption, was instead recast as glorious vindication.

Change a few words, and you could apply this analysis of Mueller’s predicament to the New York Times itself, along with the rest of the fact-centric, nonpropagandistic news media. No reason to stop there. A range of crucial institutions -- political, judicial, military, civic -- are struggling to maintain the shape and content of democratic culture as Trump and his “Make America Great Again” legion thrash away at it.

Mueller’s presentation of his findings wasn’t unique in its failure; it was typical. When his written report was released April 19, it briefly pushed the propagandists back. It exposed Attorney General William Barr’s deceptive twist on the report’s conclusions. The first of its two parts cited efforts by the Trump team to, yes, collude with Russians seeking to install Trump in the White House. At numbing length, the second part detailed Trump’s own relentless efforts to obstruct the criminal investigation.

Then the truth slid back downhill as the White House and its allies buried it in the debris of “investigate the investigators” and whatever manic foreign-policy-by-random-tweet the president was engaged in at the moment.

For a few days last week, that cycle was repeated. After Mueller’s remarks at his news conference, the forces of propaganda receded.

Politico on May 29 reported: The renewed attention Mueller drew to his findings also seemed to produce a subtle change from Trump and his allies. They were mostly careful not to assert that Mueller had cleared Trump outright. It seemed a retreat from more definitive statements, and a recognition that Mueller’s spoken words would have more resonance than his dense, 448-page official report.

The culture war gets a lot of attention, in part because it’s easy both to understand and to pick a side. But it’s the epistemology war – the partisan effort to break the power of facts, knowledge and expertise, and to destroy the means of assessing them -- that will determine whether the US can secure a decent society in the future.

That war is Sisyphean, with victory perpetually subject to savage reversals. Mueller may feel he has done his part. He investigated. He weighed evidence. He reached sober judgments. He wrote them down with precision. What his own recent experience confirms, however, is that he must state the truth again and again and again or risk seeing it buried completely.

That’s also the context in which House Democrats weigh whether to impeach the president. It matters less what Democrats call the investigative process they embark upon. What matters is that they roll the stone uphill day after day. They cannot win a battle for impeachment now or later – or win an election in 2020 -- without first making sizable advances in the war for truth.

Trump has the support of a political party that embraces lies in the service of power. He has a propaganda infrastructure that will amplify virtually any falsehood. And he has a base of supporters who prefer Trump’s crude fraud to more complex, and sometimes compromised, truths.

Democrats can’t cede the battlefield to such forces. But it’s too soon to focus on the end game of impeachment. They should methodically highlight the truth of Trump’s ethical and policy failures, day after day, in hearings, reports, news conferences and events in Washington and around the country. And then they must get up each succeeding day and do it all over again.

Yes, there are risks. The intended audience is not avid consumers of political news. They may grow tired of hearing about corruption and incompetence. They may tire of hearing Democrats speak at all unless the party is disciplined and strategic enough to put its hearings in the hands of skilled lawyers instead of a variable range of political inquisitors, including more than a few grandstanders.

But the effort must be made diligently, and begin immediately.

“We chose those words carefully, and the work speaks for itself,” Mueller said of the report to which he devoted almost two years of his life. Congratulations for your attention to detail, Mr. Mueller. I hope you had a great weekend. Now, please get up to Capitol Hill and testify.

The words may be familiar to you, but only a minuscule portion of Americans has read your report, and relatively few even heard your words last week. Speak. Repeat. Speak again. Lace up your Marine boots and put on your Republican suit. There’s a war on.