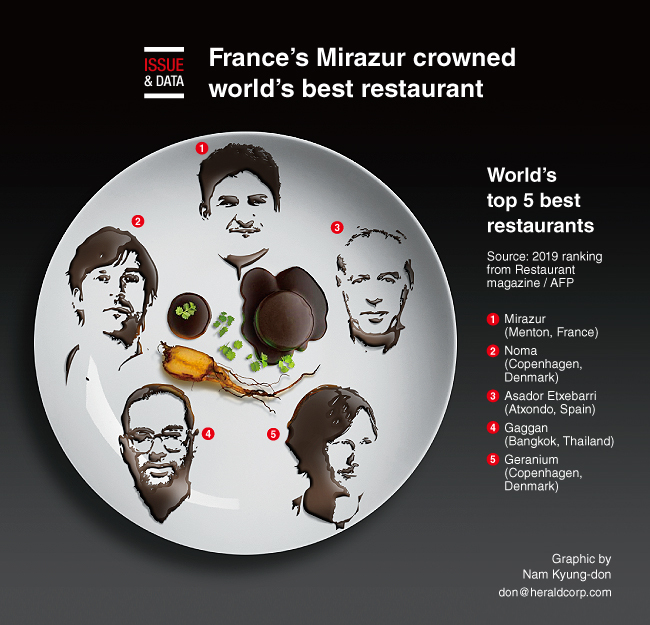 France’s Mirazur restaurant - whose Argentine chef Mauro Colagreco draws inspiration from the sea, the mountains and his own garden - was crowned the world’s best by an influential trade list.

The accolade came just months after Colagreco was handed a third Michelin star, and was the first time a French establishment has triumphed in the World’s 50 Best Restaurants list.

In the second spot in the awards - which took place in Singapore, their first time in Asia - was Noma in Copenhagen. Third was Asador Etxebarri in Spain.