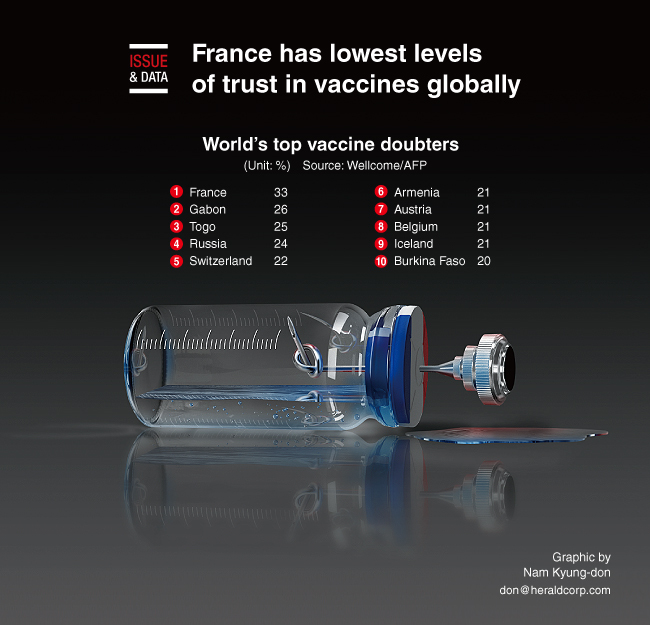 France has the lowest levels of trust in vaccines globally, according to the world’s biggest survey on public attitudes toward health and science.

A third (33 percent) of French people do not agree that immunization is safe, and it is also the only country where a majority (55 percent) believe science and technology will reduce the total number of jobs available, according to the poll of more than 140,000 people across 144 countries.

The survey of people aged 15 and older was devised by Wellcome, a British medical charity, and conducted by Gallup World Poll between April and December 2018.

It found that people living in high-income countries have the lowest confidence in vaccines, a result that ties in to the rise of the anti-vaccination movement, in which people refuse to believe in the benefits of vaccinations or claim that the treatment is dangerous. (AFP)