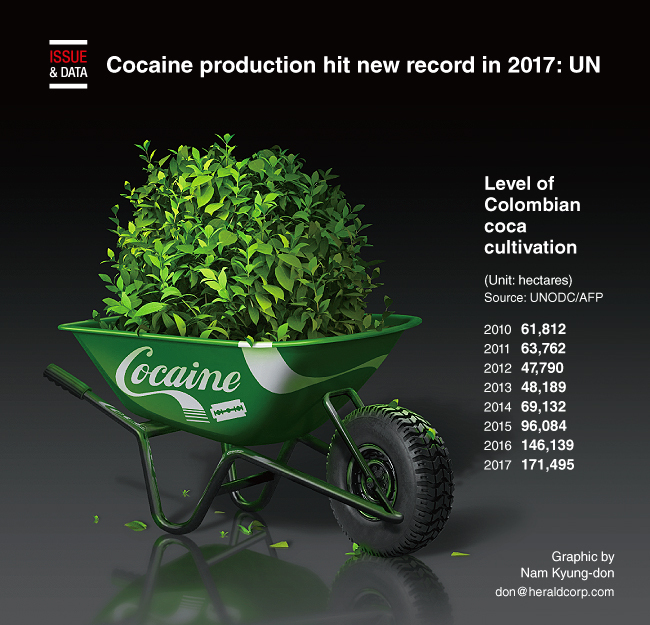 Global cocaine production reached an all-time high in 2017, breaking the previous year’s record by 25 percent, the UN drugs and crime agency said in its annual report, as production soars in post-conflict Colombia.

The report said the jump in production “was mainly driven by increases in cocaine manufacture in Colombia, which produced an estimated 70 percent of the world’s cocaine.”

In the decade to 2017, there was a 50 percent increase in manufacture, reaching a record 1,976 metric tons two years ago, according to the report, which bases its figures on national monitoring systems. (AFP)