[Graphic News] No. of Koreans with positive view of Japan falls to record low: poll 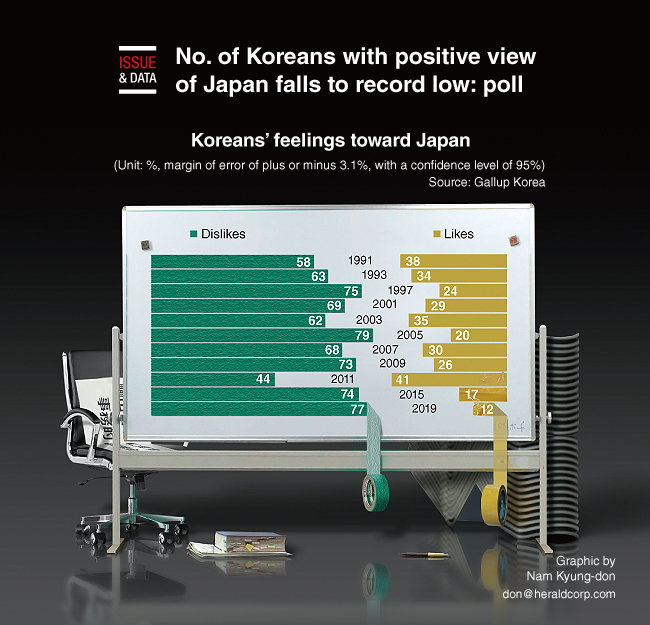 Japan’s restrictions on exports to South Korea seem to be having a significant impact on Koreans’ feelings toward Japan, a recent poll by Gallup Korea suggests.

In the nationwide survey of 1,005 Korean adults, only 12 percent said they had favorable views of Japan, the lowest figure since polling on the topic began in 1991.

Seventy-seven percent said they did not feel friendly toward the neighboring country, while another 10 percent refused to answer. (Yonhap)