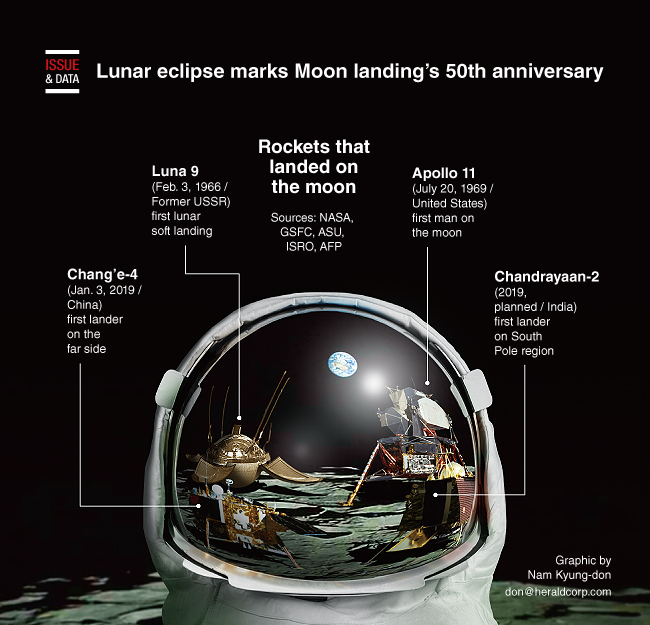 Fifty years to the day since mankind launched the first mission to set foot on the moon, partial lunar eclipses were observed in Asia, Europe and South America on Wednesday. Apollo 11 was the NASA spaceflight that landed the first two humans on the moon. The crew consisted of Neil Armstrong, Buzz Aldrin, Michael Collins all Americans.

So far, the United States, Russia and China are the only countries to have landed spacecraft on the lunar surface.