Seoul shares forecast to remain in tight range next week 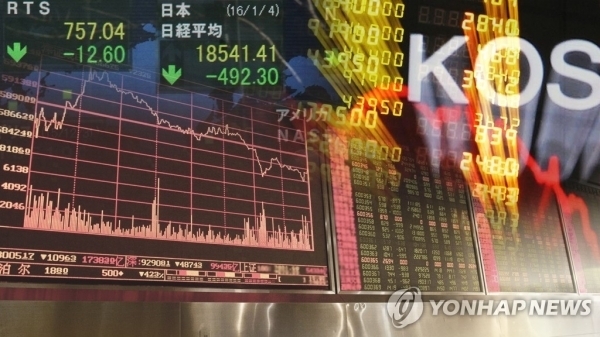 The benchmark Korea Composite Stock Price Index (KOSPI) closed at 2,094.36 points on Friday, slightly up from 2,086.66 points a week earlier.

The index started weak on Monday as investors took to the sidelines over an escalating trade row with Japan. The Seoul-Tokyo trade tussle, combined with fresh concerns over a trade spat between the United States and China, continued to sap investor sentiment.

On Thursday, the Bank of Korea unexpectedly cut the policy rate by a quarter percentage point to 1.5 percent to help boost Asia's fourth-largest economy, while slashing its growth outlook to 2.2 percent from the 2.5 percent prediction in April, citing increased uncertainty.

The central bank's surprise move, however, failed to lift the local stock market, as investors were increasingly paying attention to the unfolding of trade disputes and the Federal Reserve's rate-setting meeting later this month.

But on Friday, the index gained more than 1 percent on growing hopes for a rate cut by the U.S. Fed.

"There will be persistent uncertainties surrounding trade woes with Japan and a trade war between the United States and China, despite the central bank's unexpected rate cut," Kim Byong-yeon, an analyst at NH Investment & Securities, said.

The analyst said major economic events such as the Federal Open Market Committee meeting may increase market volatility next week.

Kim forecast the main stock index to trade between 2,040 and 2,100 points in the coming week. (Yonhap)