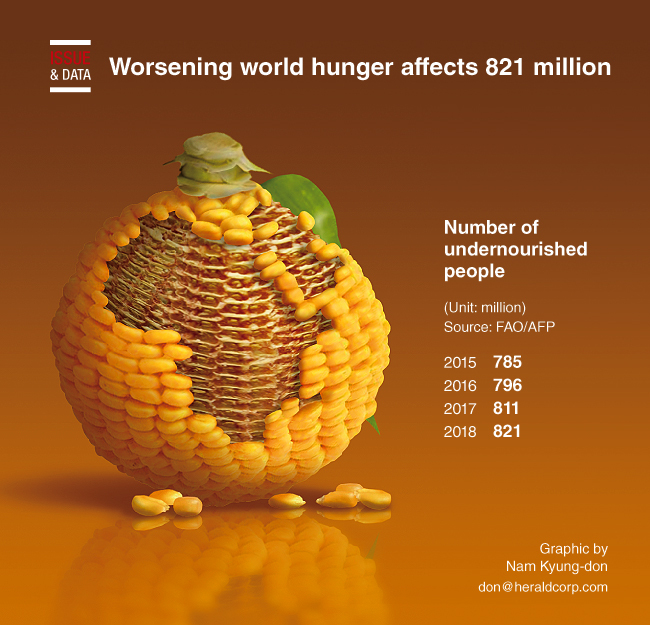 More than 821 million people suffered from hunger worldwide last year, the United Nations reported - the third year in a row that the number has risen.

After decades of decline, malnutrition began to increase in 2015, mainly because of climate change and war. Reversing the trend is one of the 2030 targets of the UN’s Sustainable Development Goals that aim to improve the planet and its people.

But getting to a world where no one is suffering from hunger by then remains an “immense challenge,” the report said, noting the number of people without enough to eat had risen from 811 million in 2017. (AFP)