[Andy Mukherjee] Why ordinary Singaporeans are spending faster than the rich 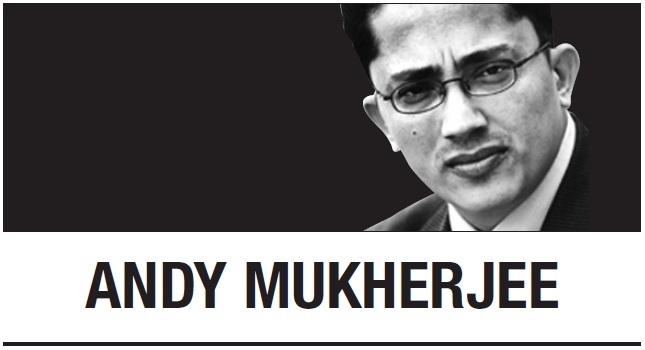 Singapore is Asia’s Monte Carlo: a playground for the wealthy. The city-state has two casinos, an annual Formula One race and the third-highest concentration of ultra-rich individuals after Monaco and Geneva. It’s home not just to the “Crazy Rich Asians” caricatured in the eponymous movie, but also, increasingly, Brazilian and British billionaires.

Even the affluent in recently turbulent Hong Kong are beginning to find the rival financial center a safer option for their money. So it’s all the more surprising that in the past five years, most of the spending impulse in Singapore has come from those at the bottom of the economic pyramid, while the condo-dwelling bankers and the landed elite have been relatively thrifty.

Consumption patterns are being influenced by crosscurrents of technology, changing tastes, government policy, anemic global growth and low-for-long interest rates. The spending shifts in Singapore will not only shape the local retail landscape, they will inform the debate on issues ranging from the unrest in Hong Kong to a universal basic income as a tool to counter inequality.

Between 2013 and 2018, people living in one- and two-room public housing increased their monthly spending by 3.7 percent on average, while families in private apartments saw expenditure fall by 0.1 percent. Households living in landed property, who spent nearly 5 percent more on average every year between 2008 and 2013, tightened the purse strings to just 0.2 percent. On a per person basis, the trend comes up the same. So does analyzing spending by income groups, rather than types of dwelling.

The findings were released last week as part of the statistics department’s household expenditure survey, a detailed study conducted every five years. But why are Singapore’s rich in hibernation while the masses are boldly spending their incomes?

The government’s study covers a period in which internet connectivity doubled to 45 percent among households living in the smallest units offered by the public housing agency. No wonder that overall spending on a number of things -- from digital cameras to car ownership -- declined. Spending on clothing and footwear as well as recreation has been stagnant for 10 years. Phone cameras got better and made digital cameras redundant; in a city where the mandatory certificate of entitlement to own a car is often costlier than the vehicle itself, ride-hailing apps came as a blessing. Cheaper online substitutes emerged for shopping and entertainment.

Technology democratizing consumption fits a global pattern. As my colleague Shuli Ren has written, in China, the wallets that are increasingly coveted belong to working-class spenders in cities ranked as Tier 3 and lower. These consumers prefer to shop on sites like Pinduoduo, where everything’s available at a discount. In Singapore, retail is also an important category in the property market. Generation Z -- those born after 2000 -- won’t be mall rats, and that has implications for real estate investment trusts.

Annual income growth, including investment returns, slowed to 2.4 percent for all families between 2013 and 2018, from 5.3 percent in the previous survey. But it seems the well-heeled are getting extra gratification by spending little more than before, while the less privileged need to open their wallets a lot wider. That’s partly because 6.8 percent of the top earners’ consumption is online, compared to just 2.6 percent for the bottom earners. Negative global interest rates may be bad news for the rentier classes, but the very low inflation or deflation that makes them inevitable is helping the rich more than the masses.

Singapore, however, also shows how to counter this “secular stagnation,” a persistent global downturn that doesn’t respond to easy money. In the 2011 elections, voters expressed frustration over packed subway trains and breakdowns and the government spent billions of dollars to improve the network and subsidize operating losses. Reliability has improved seven-fold since 2015 and residents now spend 2.6 percentage points less of their monthly budget on transportation than a decade ago. The savings seem to have gone into an increase in housing costs, but that largely pinches expatriates who rent. Since most Singaporeans own their homes, a jump in the imputed rental of owner-occupied homes improves their housing wealth. That’s further boosted by new subway lines coming near where they live.

Hong Kong, by contrast, is too wedded to free markets to create state-led housing and pension wealth for its masses. The anger seen in recent anti-government protests, ostensibly over an extradition bill, is fed by angst over not having enough voice to force the local administration to tackle such pocketbook issues.

The other message from Singapore could resonate more globally -- how to tackle rising income inequality, a common problem confronting developed countries. Giving everyone $1,000-a-month checks, as US Democratic presidential hopeful Andrew Yang advocates, may not be the best way. Redirecting taxes paid by the rich to the poor in the form of wage supplements, targeted subsidies, vouchers and some free-to-spend cash can produce better outcomes.

Singapore gave each inhabitant of a one- or two-room apartment S$10,347 last year in such fiscal transfers. Income inequality is lower than before the 2008 crisis, which shows how fiscal policy can fight secular stagnation even though monetary policy is all but powerless. The moneyed folk will still make a splash, like when vacuum-cleaner billionaire James Dyson snapped up a S$73.8 million penthouse, the costliest in Singapore’s history. But it’s the quiet humming of the cash registers in hawker centers that’s more telling now.