[Shuli Ren] Down the rabbit hole with Trump and Xi 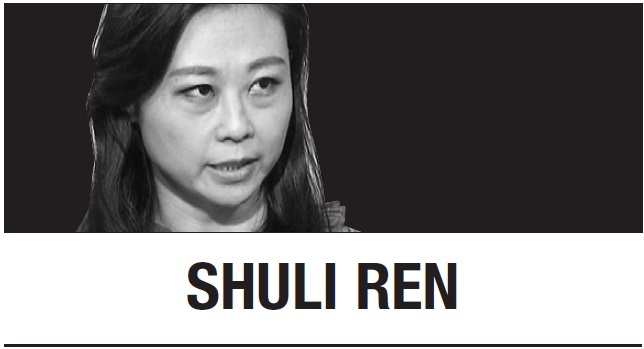 In the fable, the tortoise wins the race because the hare lies down to take a nap after bolting into the lead. Slow, dogged persistence triumphs over flighty arrogance. If this were the story of the US-China trade war, it’s easy to see which would be which.

Trade wars are good and easy to win, President Donald Trump famously declared on Twitter in March 2018. Since then, US policy toward China has shifted repeatedly as the president bounced from one position to another, alternately offering taunts and peace overtures. Early this month, Trump ripped into China just as negotiators were about to resume trade talks in Shanghai, then overruled his treasury secretary to announce extra tariffs in a tweet after the discussions broke down.

China has been far more cautious. Even a leader as powerful as President Xi Jinping must marvel at the speed with which decisions have been made in Washington. Last week, China let the yuan slide past 7 to the dollar for the first time since 2008. Within 24 hours, the Treasury Department had formally labeled China a currency manipulator after the president lambasted the yuan’s move -- on Twitter, naturally.

Caution has its advantages. Decisions are more deliberate, and there’s less chance of getting caught in a trap of your own making, as Bloomberg’s editorial board pointed out last week. Case in point, the dollar strengthened after Trump used the yuan’s slide to renew his call on the Federal Reserve to cut rates. Global investors reacted by fleeing risk for the safety of the greenback.

However, too much caution can also be a problem. Look at the way China has managed its domestic economic challenges, and you may be doubtful that this tortoise will ever catch up with the hare.

The government’s approach to tremors among the country’s regional banks provides a telling example. In May, regulators carried out the first bank seizure in two decades. The People’s Bank of China took over Baoshang Bank, a lender based in Inner Mongolia, citing “serious” credit risks. The central bank said that only interbank liabilities of less than 50 million yuan ($7 million) would be fully protected, in an attempt to break perceptions of an implicit government guarantee backing all lenders.

That decision sent jitters through the interbank and shadow-lending markets, even though the PBOC ended up guaranteeing practically all of Baoshang’s short-term loans.

The heat was too much for Beijing, however justified its handling of the issue may have been (after all, banks should consider credit risk rather than lending to each other on blind trust). Two months later, authorities took a different approach to solve another crisis case: Bank of Jinzhou Co., a regional institution that uses short-term interbank loans to fund shadow credit products.

Instead of a full bank seizure, the government turned to the national team, calling in state-owned heavyweights such as Industrial & Commercial Bank of China Ltd. and distressed-debt manager China Cinda Asset Management Co. to broker a rescue. The deal wasn’t cheap, as I’ve written. Investors didn’t take kindly to ICBC, the nation’s biggest lender, being press-ganged in this way. Shares of the “big four” banks sank to record lows after the bailout.

Third time’s the charm, or maybe not. Central Huijin Investment Ltd., a unit of China’s sovereign wealth fund and the owner of major stakes in the big four, will buy into Hengfeng Bank Co., a regional lender in the northeast province of Shandong, the 21st Century Business Herald reported Friday. This approach brings the problem onto the central government’s balance sheet -- quite a commitment, given that China has more than 4,000 regional banks. The industry has a potential capital shortfall of 2.4 trillion yuan, UBS Group AG’s Jason Bedford estimates.

In these three cases, the Chinese bureaucracy has behaved like a timid tortoise. It sticks its head out tentatively to sniff the air and then pulls it back into its shell at the first sign of trouble. A few months later, the tortoise ventures forth once again -- with a different face.

What’s the moral of this modern tale? The US hare is jumping around in all directions and appears not to know where the finish line is, or how to tell when it’s won. The Chinese tortoise, meanwhile, is moving so slowly that it may never get there. At least Aesop’s fable had a winner. Welcome to the never-ending trade war.