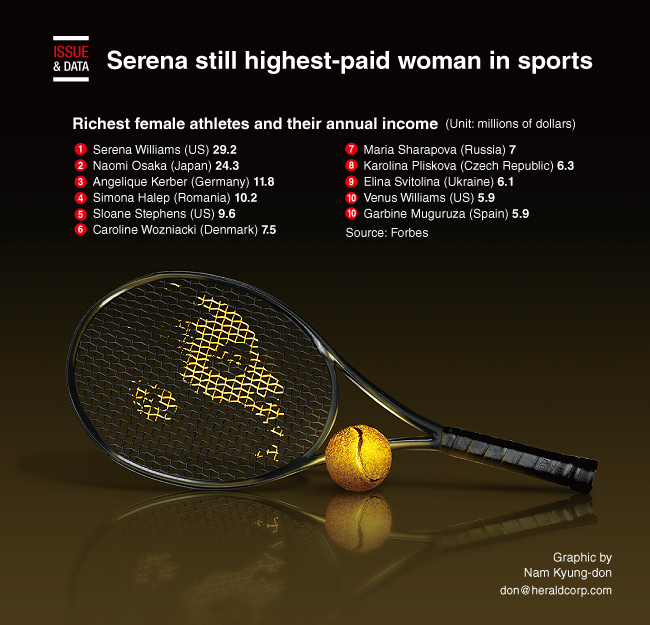 US tennis superstar Serena Williams topped Forbes magazine’s list of the highest-paid women in sports for the fourth straight year.

The business publication calculated that the 23-time Grand Slam singles champion earned $29.2 million in the 12-month period ending June 1 -- with just $4.2 million of that coming from prize money.

Japan’s Naomi Osaka, who burst to international stardom with a stunning upset of Williams in the 2018 US Open final and went on to win the Australian Open in January, became just the fourth woman to earn more than $20 million in a year -- after Williams and tennis stars Maria Sharapova and Li Na. (AFP)