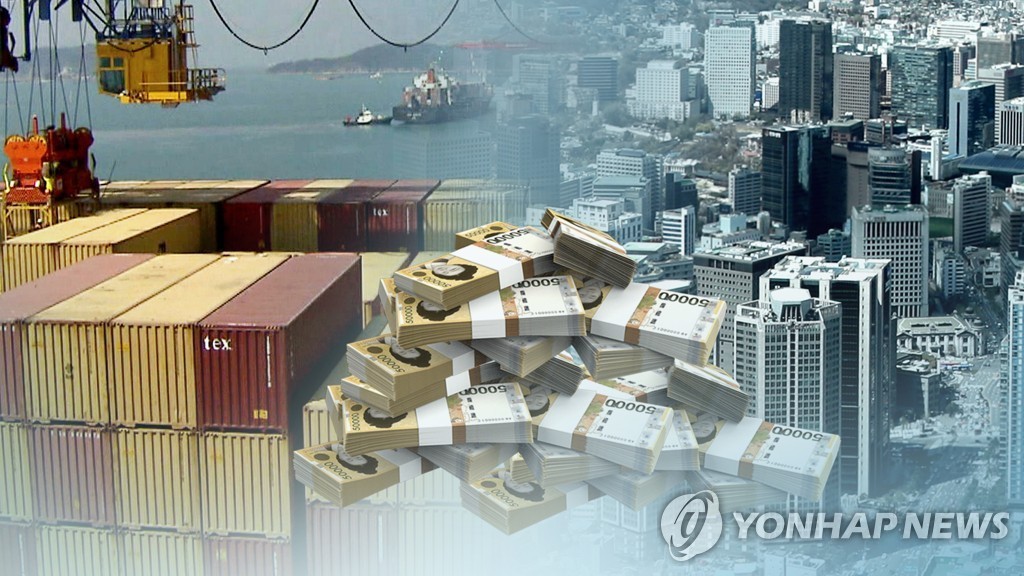 South Korea's economy is expected to expand 1.9 percent in 2019 from a year earlier, a local research institute said Sunday, posting sluggish growth due to the protracted trade dispute between the United States and China.

The figure marks a decrease of 0.3 percentage point from the previous outlook of 2.2 percent suggested in June, according to the Korea Economic Research Institute (KERI).

The organization attributed the lackluster growth to the prolonged feud between the world's top two economies, which have been weighing down the business sentiment around the globe.

Tokyo's export curbs against South Korea, which began in July, are also poised to have an adverse impact on the economic growth, KERI added.

The sluggish facility investment rolled out by South Korean firms coupled with the slowed domestic consumption are also cited as some of the factors behind the revised outlook, it said.

South Korea's consumer prices are expected to edge up 0.5 percent on-year in 2019, following the weak performance from the service segment.

Asia's No. 4 economy is also anticipated to suffer a sharp decrease in its trade surplus amid the growing protectionism around the globe, the institution also said. (Yonhap)