[Graphic News] Nearly half of S. Korean population to be aged 65 or older by 2067 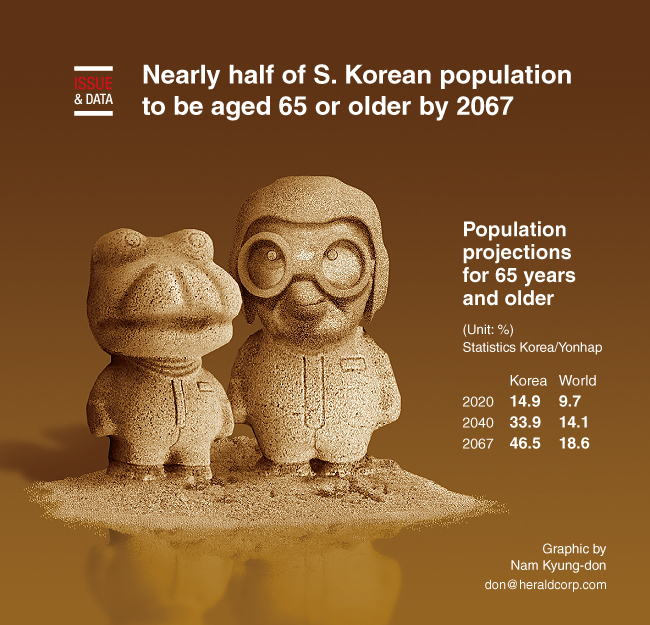 The proportion of people in South Korea aged 65 years or older could increase sharply amid a rapidly aging population, the country’s statistics agency said.