By Choi Ji-won
Published : Sept 16, 2019 - 15:26       Updated : Sept 18, 2019 - 17:34
Portraits of North Korea’s founding ruler Kim Il-sung and his successor Kim Jong-il hang outside a soon-to-open restaurant in the Hongdae area of Mapo-gu in Seoul. The interior and exterior of the restaurant is themed around North Korea, with decorations including the North Korean flag.

According to police, the restaurant has not violated the National Security Law with such decorations, but the restaurant’s owner has decided to take down the controversial items after complaints were made by members of the public to the Mapo-gu office about possible violations of the law. 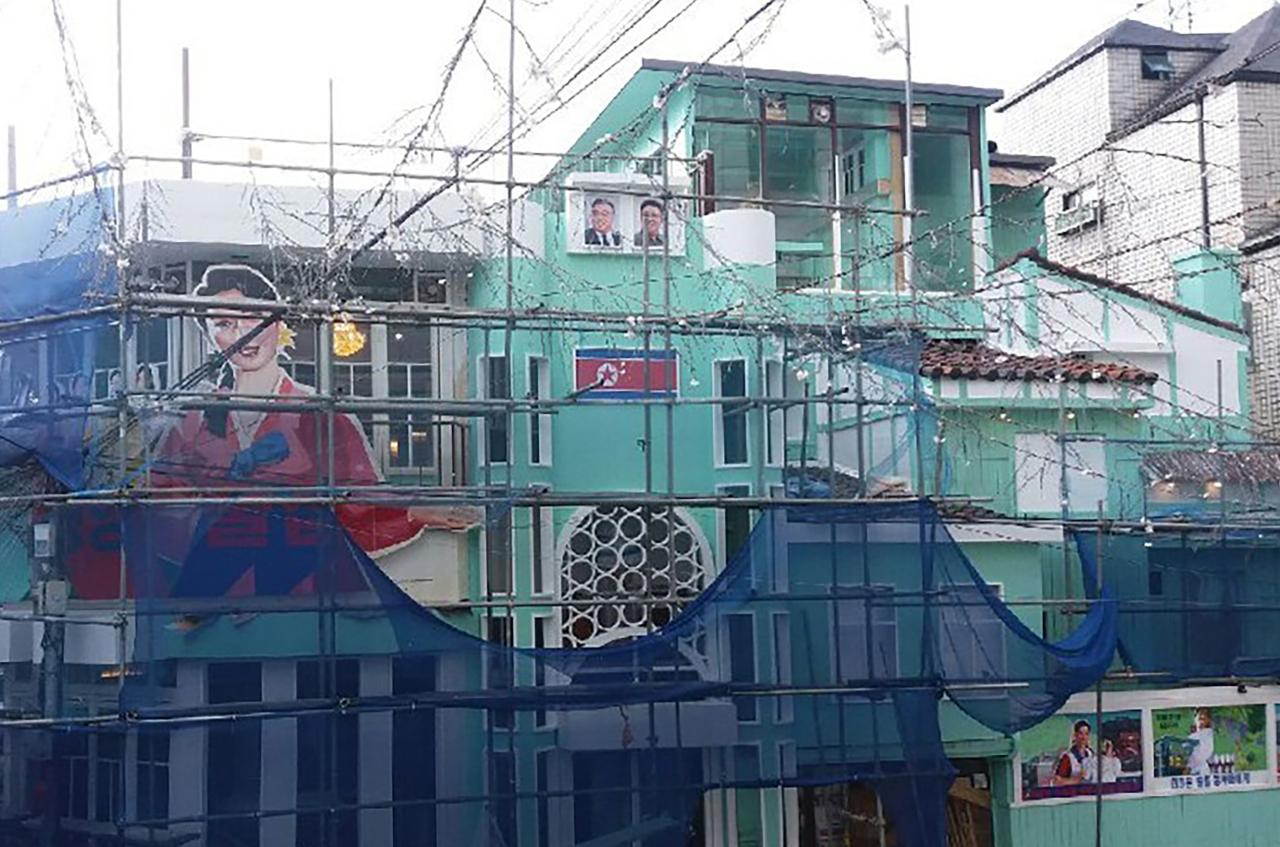