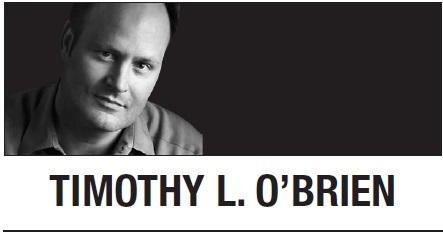 A small squadron of drones -- and possibly cruise missiles -- penetrated Saudi Arabia’s air defenses on Saturday, laying waste to a significant, valuable portion of two of the world’s most essential oil processing facilities. Amid worries about the impact of the strikes on global oil markets and fears about broader military confrontations upending a region perennially vexed by crossed swords, ancient religious rifts, geopolitical maneuvering and greed, facts and conjecture began jockeying for attention.

Houthi rebels fighting the Saudis in a brutal civil war in Yemen took credit for the strikes. Iran backs the Houthis, and US Secretary of State Mike Pompeo took to Twitter on Saturday afternoon to blame Iran for “an unprecedented attack on the world’s energy supply” and to assert that there “is no evidence the attacks came from Yemen.” Pompeo didn’t specify where the strikes actually originated. The Saudis, backed by the US in Yemen, have yet to pin the strikes on Iran, while the Iranians themselves deny any involvement. On Sunday, the US government produced photos that officials said indicated that the drones had to have flown into Saudi Arabia from Iraq or Iran. Iraq denies being involved.

Not everyone is telling the truth here and any prudent response to the attacks hinges on more factual certainty. Patience and foresight are diplomatic virtues in moments like this, even if the correct response ultimately involves more severe economic sanctions on Iran or military actions designed to rein in its rulers.

Like any US president, Donald Trump could play a clarifying role and use the power and prestige of his office to bring a sense of order to what is a dangerous dynamic in the Arab world right now. It’s possible that the next few days will build toward the most momentous foreign policy challenge Trump will experience. But we’ve also arrived here precisely because of Trump’s own haphazard and conflicted approach to regimes he claims he wants to upend. Someone who has presided over the most chaotic White House of modern times is unlikely to navigate this complicated crisis with the necessary deftness.

The White House issued a statement Saturday confirming that Trump had phoned Saudi Crown Prince Mohammed bin Salman to offer support for the country and oil markets. The president then filled his communication platform of choice, Twitter, with an array of attacks on the media, praise for Supreme Court Justice Brett Kavanaugh, promos for events meant to support black colleges, and a reminder that the “USA is Winning Again!”

At about 6 p.m. Sunday, Trump tweeted that he planned to release inventories from the US Strategic Petroleum Reserve to help stabilize oil markets. About an hour later, he weighed in again on behalf of the Saudis.

“Saudi Arabia oil supply was attacked,” he tweeted. “There is reason to believe that we know the culprit, are locked and loaded depending on verification, but are waiting to hear from the Kingdom as to who they believe was the cause of this attack, and under what terms we would proceed!”

In a flash, and most likely without consulting anyone else on his White House team, Trump indicated he was willing to put the US military at the disposal of the Saudis and that he’d come out, guns blazing, whenever the Saudis thought the time was right.

Shortly after that, he noted that there was “PLENTY OF OIL!” and that no one should think that he stumbled in his own dealings with the Iranians -- that perhaps the Iranians saw him softening and took advantage of him.

“The Fake News is saying that I am willing to meet with Iran, ‘No Conditions.’ That is an incorrect statement (as usual!),” he tweeted just after 7 p.m.

The problem with that one is that Trump did, in fact, say in June that he’d be willing to take a meeting with Iran with “no preconditions.” And several days ago Trump said he’d be willing to meet with Iranian President Hassan Rouhani at the upcoming United Nations General Assembly meeting in New York.

Did any of that diplomatic signaling coax the Iranians into a more aggressive stance, convincing them to try to disable a crucial oil field controlled by its most powerful foe in the Arab world at a time when that foe was moving toward a public offering of shares in its national oil company, Saudi Aramco? Who knows.

What probably hasn’t been lost on Iran is that Trump has postured and blustered about his willingness to use military force to corral countries he considers hostile to the US, but then fails to follow through. In June, Trump ordered a military strike on Iran, only to call it off at the last minute.

This isn’t new behavior from the president. He spent parts of his business life threatening to vanquish competitors or run circles around them when he was “art of the deal making,” only to find himself outmaneuvered or unable to deliver on his warnings.

The president has likewise boxed himself in with the Saudis. In addition to turning a blind eye to the kingdom’s own military atrocities in Yemen, and to countenancing the murder of the Saudi journalist and dissident Jamal Khashoggi, Trump and his family have myriad financial conflicts of interest involving Saudi money. Trump has left himself little room to find diplomatic solutions that don’t meet the Saudis’ needs first, while he continues to blur the line between serving the US national interest and his own self-interest.

And one of the most harrowing aspects of Trump’s presidency -- that an inexperienced self-promoter utterly ignorant about much of the world and lacking any real interest in international affairs had assumed power over the mightiest military force on the planet -- is now in full relief in the wake of the drone strikes in Saudi Arabia. Character is at play here, too. There’s a presidential election coming and with it the danger that Trump will find military confrontations overseas useful avenues for a political boost. That would suggest he may not be making completely sober-minded decisions.

Perhaps the president will rise to the occasion this week, despite the forces he helped set in motion and which are now pulling him in multiple directions. But don’t hold your breath.