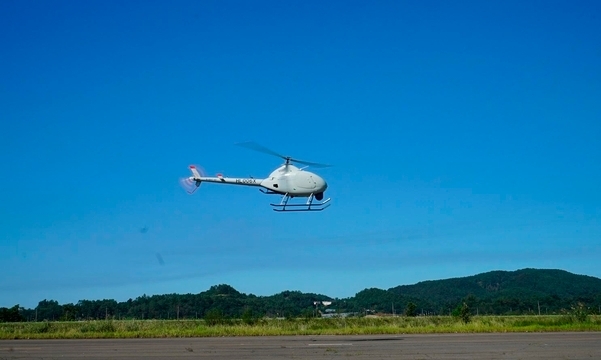 The NI-600VT copter is a reformed version of a twin seat commercial helicopter and its core systems include auto flight control and avionics developed by KAI’s independent technologies.

The company said it enhanced the copter’s stability of operation via the flight-critical equipment including flight control computer, sensors and data-link. The NI-600VT copter is capable of locating its position automatically even under an emergency condition to return safely to its base.

The KAI has prepared for future demand for VTOL via customer’s requirement analysis since 2015. Selecting an unmanned aircraft candidate in 2016, it set out to develop the technology demonstration copter in 2017. KAI finally succeeded in an unmanned flight in two years.

KAI plans to terminate the first-phase development of the NI-600VT this year and secure its automatic take-off & landing ability by starting the second-phase follow-up development in order to advance the copter’s ability of operation further.