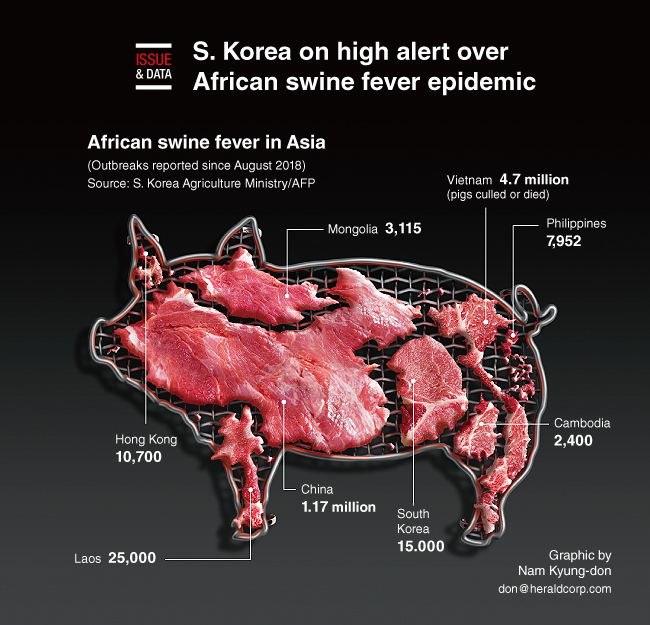 South Korea confirmed its fifth case of African swine fever on Tuesday, even as 15,000 pigs have been culled since the first case was reported on Sept 17.

The ASF epidemic has led to millions of pigs being culled since last year in Asia.

In May, the UN Food and Agricultural Organization said pork prices had risen by up to 50 percent both in China and on the Chicago Mercantile Exchange as a result of the outbreak of ASF which was first detected in Asia in August last year.

Last month, it said almost 5 million pigs in Asia had died or been culled because of the spread of the disease. (AFP)