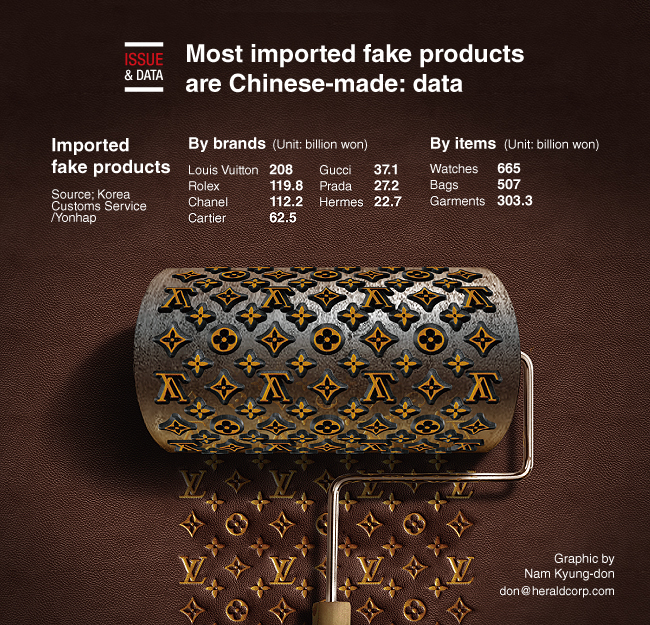 Nearly 90 percent of the counterfeit goods found by customs authorities in the last five years were from China, with Louis Vuitton  the biggest victim among reputable brands, data showed.

The value of imported fake goods uncovered between 2015 and August this year amounted to 1.86 trillion won ($1.55 billion), with 89 percent, or 1.65 trillion won, from China, according to data from the Korea Customs Service obtained by Rep. Hong Il-pyo.

Louis Vuitton was on top among counterfeited brands, with 208 billion won worth of goods attempted to be brought in during the period. It was followed by Rolex, Chanel, Cartier, Gucci, Prada and Hermes. (Yonhap)