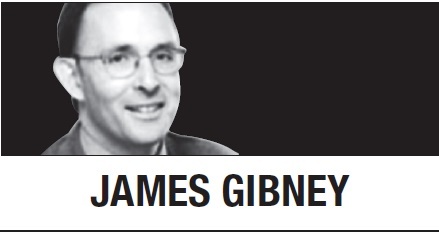 Even before House Speaker Nancy Pelosi pulled the trigger on an investigation into President Donald Trump’s dealings with Ukraine, there were fears and complaints that impeachment proceedings would dangerously compromise US foreign policy.

But there’s another possibility. Even if things fizzle out before reaching a Senate vote, the impeachment process may have a salutary foreign-policy effect: rejuvenating America’s image and safeguarding its increasingly tattered alliances and claims to global leadership.

Consider the global impact of the conspiracy and ensuing cover-up of the Watergate break-in authorized by President Richard Nixon. As the BBC’s Alastair Cooke, America’s once-favorite British uncle, wrote in 1974, the revelations of Watergate “brought the American system into contempt abroad and threatened … the strength of the North American treaty alliance, the ability of the United States to bargain about arms with the Soviet Union, threatened in a word the defense of Europe.” But Cooke saw the outcome delivered by Congress and the Supreme Court as redemption. So, according to one post-Watergate analysis, did Europe’s leading newspapers: “the American political system and governmental processes were beacons of morality and light emerging from Watergate’s squalor.”

Whether Trump’s alleged misdeeds rise to the level of Nixon’s impeachment is for Congress to decide. But there’s no doubt that he’s done colossal harm to America’s global leadership. A 2017 global survey by Pew Research Center found confidence in the US president and favorable views of the US at historic lows; the 2018 survey found them only slightly improved overall, and lower in key allies such as France.

Once-steadfast partners such as Japan and Germany are distancing themselves and hedging their bets. “The German chancellor and other European leaders have run out of patience with the president,” warned the New Yorker. An Economist headline fretted: “Japan is worried about its alliance with America.”

Whether isolating the US at the United Nations, moving ahead on trade pacts that the administration has abandoned, or resisting White House efforts to blow up accords on climate change and Iranian nuclear proliferation, many countries are looking less to Washington for leadership. In Gallup’s most recent survey of more than 130 countries, the median global approval rating of US leadership stood at 31 percent. That was below not just Germany but also China. It was down 17 points from the last year of Barack Obama’s presidency and three points under the previous low, during George W. Bush’s final year in office.

To be sure, public opinion is an imperfect barometer of policy effectiveness. And Trump fans may feel his global unpopularity shows his America First policies are working. But for the most part, the problem with Trump isn’t so much his policies. Fighting for better trade deals and greater burden-sharing on our allies’ defense is well within mainstream US policy.

Trump is also not the first president to argue against multilateral agreements that he feels impinge on U.S. sovereignty. As ill-considered as his drastic cuts to programs such as refugee resettlement and foreign aid are, even they have some less extreme precedents.

What makes Trump so corrosive to US power and preeminence are not his goals so much as his manner of pursuing them. The world can shrug off his tweeted insults and otherwise boorish behavior. The real problem is the madness of his methods: his short-term, zero-sum transactional thinking; his mercurial and opaque decision-making; and his highly personalized “I alone can fix it” policy process.

For starters, this ensures that none of his cabinet members or subordinates speaks with any authority. Just ask former national security adviser John Bolton, the latest high-level official to get kicked off the island.

Maintaining alliances and deterring enemies both depend on predictability and trust -- not exactly Trump’s strong suits. Who knows, for instance, if the US is withdrawing from Afghanistan next week or next year?

Trump’s promiscuous linkages of security guarantees and trade agreements have devalued relationships built over decades, and left partners with no solid footing. As former State Department counselor Eliot Cohen wrote in Foreign Affairs, “To a stunning degree, the Trump administration has diminished the sense of US constancy that has been indispensable to the postwar liberal order.”

Trump’s unwillingness to stand up for democracy and human rights and his willingness to truck with “favorite” dictators and petty tyrants are another problem. This represents a dangerous repudiation of American values that also undermines US interests.

As legislators consider the costs and benefits of impeachment, they should therefore bear in mind that the impact of impeachment will not stop at the water’s edge. (Two days after Nixon resigned in August 1974, the U.S. ambassador in Moscow cabled Washington that Watergate will cause the Soviets “to revise even further upward their view of Congressional power”). Given Trump’s track record, those global reverberations will be mostly good. Even if the president is not ousted, a resolute attempt to hold him to account could diminish his ability to pursue his destructive policies, consume his time and attention, and further reduce his credibility abroad. It will also remind defenders of the international liberal order that they still have allies in at least one branch of the US government.


James Gibney
James Gibney writes editorials on international affairs for Bloomberg Opinion. He was in the US Foreign Service from 1989 to 1997 in India, Japan and Washington. -- Ed.