Vowing a befitting response as the legal battle rages, SK Innovation said, “We will respond strongly by taking all possible legal actions,” lashing out at LG Chem for failing to create a virtuous cycle through fair and cooperative competition.

The remarks came as LG Chem filed additional lawsuits against SK Innovation with the US International Trade Commission and the US District Court of Delaware on Thursday last week in a tit-for-tat legal battle. 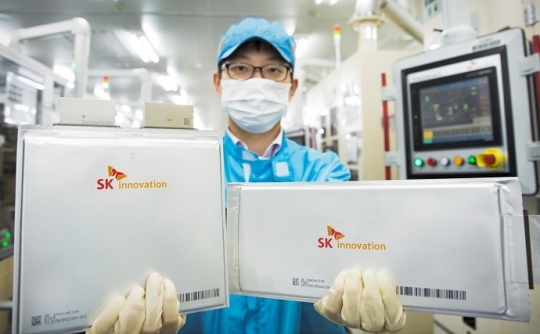 According to LG Chem, there are five cases of patent infringement by SK Innovation regarding electric vehicle battery technology. The company claims that its competitor has made illegal profits from the violations.

SK Innovation, however, said one of the patents it was being accused of infringing had been subject to a settlement in a domestic court in 2014, and LG Chem had promised not to sue for 10 years.

According to the agreement signed in October 2014: “LG and SK will not mutually take issue with the prohibition of patent infringements, claim for damages or invalidation of a patent over the patents at home and abroad.”

Later on Sunday, LG Chem denied it, saying the patents it was seeking to enforce this time were different from those previously settled in domestic courts.

The two companies have been in a legal battle since LG Chem accused SK Innovation of stealing business secrets about EV batteries in April. Earlier this month, SK Innovation lodged countersuits with the US court, saying that LG Chem infringed its EV battery patents.