[Graphic News] Rights abuses at military barracks on rise over past 5 years: data 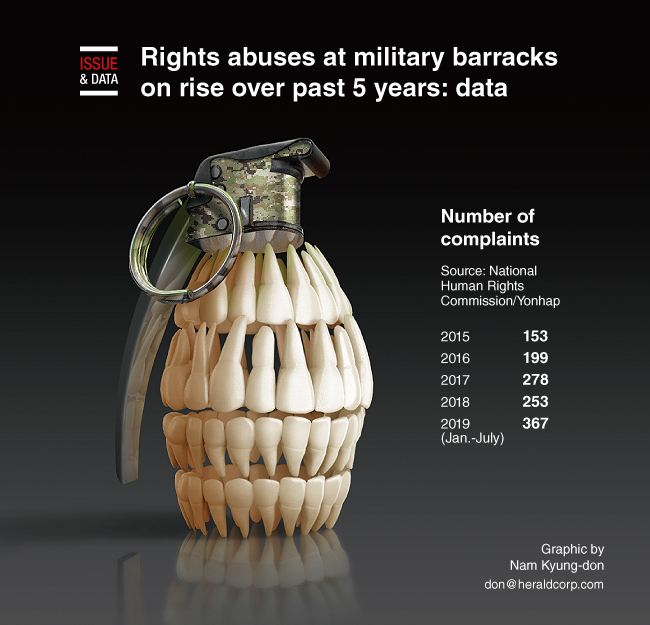 The number of violations of rights cases involving soldiers has been on a steady increase over the past five years, according to government data.

A total of 253 complaints were filed by service personnel with the National Human Rights Commission last year, up from 153 in 2015 and 199 in 2016, though down from 278 in 2017, showed data compiled by the commission and released by Rep. Choi Jae-sung of the ruling Democratic Party of Korea.

Of the complaints filed over the past five years, verbal abuse accounted for the largest share with 390 cases, followed by suffering due to “unfair restrictions and rules” with 334, according to the data. (Yonhap)