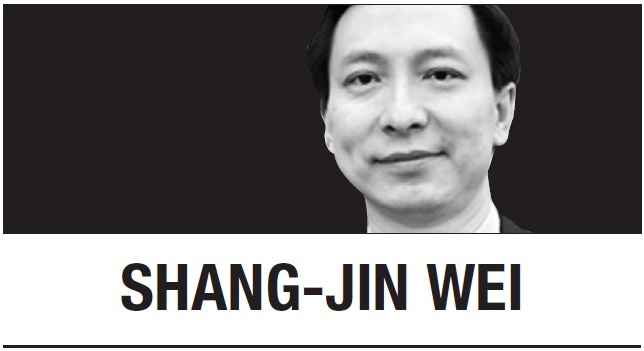 Opponents of globalization constantly point to the uneven impact of open trade. Although trade liberalization can make the overall economic pie bigger, not everyone gets a larger slice, and many may receive a much smaller piece than before because of competition from foreign-made products. Such concerns help to explain why many blue-collar American workers voted for Donald Trump in the 2016 US presidential election, and why French farmers and workers often take part in anti-globalization demonstrations.

But we should not exaggerate the importance of this point. In fact, three other inherent anti-globalization biases are at work in many societies, and often contribute to the emergence of misguided public policies that benefit neither employers nor workers.

First, although globalization frequently creates many more winners than losers, even before government redistribution programs, many winners mistakenly think they are losers because they fail to recognize globalization’s significant indirect benefits.

Consider the example of US imports from China. As many often point out, US sectors or regions that compete most directly with Chinese imports tend to fare less well, because these imports displace US jobs. But as my colleagues and I highlighted in a recent paper, US sectors that use relatively more Chinese-made intermediate inputs -- such as computers and other electronic equipment, furniture, and lab coats -- tended to experience faster job growth and larger increases in real wages between 2000 and 2014. Yet, opponents of globalization often ignore such findings.

Moreover, whereas only a subset of US manufacturing jobs is displaced by imports from China, America’s much larger service sector (and many of its manufacturing industries) benefits from cheaper Chinese-made inputs. Less than one-fifth of all US jobs are in manufacturing, while the service sector accounts for about three-quarters of employment -- a pattern that also holds for all US states and almost all US cities.

We therefore estimate that when the total effects of US-China trade are considered, the real wages of three-quarters of American workers have increased (whereas if one focuses only on the direct competition effect, real wages would appear to have declined for most workers). In other words, even before the redistribution of some gains from employers to workers, an overwhelming majority of the US labor force already benefits from trade with China, and the total gains for workers are also positive.

However, although most Americans understand the direct effect of Chinese imports on jobs and wages, they do not recognize the positive indirect effect. That is not surprising. When a US firm fires workers, its human-resources manager may say, “Sorry we have to let you go, but you should blame our country’s imports from China.” Trump and much of the US media have repeatedly reinforced this idea. Our analysis, however, suggests that US job expansion is also linked to trade with China.

On the other hand, when a US firm hires new workers, often at higher wages than they would receive in shrinking sectors, its boss is highly unlikely to say, “Congratulations, and you should thank imports from China for your new jobs.” Instead, they are far more likely to say, “You’ve got your jobs because I am a great entrepreneur.” This asymmetry in perception generates an inherent anti-globalization bias.

The second source of such bias is an asymmetry in public discourse. Technology, education and globalization all contribute to the reshuffling of the job market and its impact on individuals. But national politicians and media often find it more convenient to blame societal woes on foreign firms or governments than on technological advances, the failure of public education systems, inadequate parenting or individual shortcomings. After all, teachers and parents vote, and technology firms donate to political campaigns. Foreigners, by contrast, do neither.

Finally, the asymmetric benefits of bad policies also fuel an anti-globalization bias. Companies and individuals who profit from trade barriers have a strong incentive to organize themselves and lobby for such measures. By contrast, most people who lose out as a result of protectionism do not spend enough time and effort to understand the issues, or lack the resources to lobby for better public policies.

These three sources of bias suggest that societies can all too easily adopt anti-globalization measures that hurt most people. In fact, most countries have barriers to economic openness which, upon careful scrutiny, tend to hurt citizens’ wellbeing.

To be sure, societies need to do a better job of distributing the gains from globalization and new technologies. But they also must step up their efforts in two other areas.

Higher-quality research and journalism would help citizens to understand better the indirect as well as the direct effects of open trade. Furthermore, better education systems and greater individual efforts would improve skills and boost workers’ ability to seize opportunities arising from technological progress and globalization.

The globalization debate is often tinged with nationalism, self-interest and lack of economic understanding, resulting in misguided public policies. Redressing the negative bias in the discussion could enable more enlightened policies.


Shang-Jin Wei
Shang-Jin Wei, former chief economist of the Asian Development Bank, is a professor of finance and economics at Columbia University. -- Ed.