Moon's remarks were read on his behalf at the 18th World Korean Business Convention (WKBC) in Yeosu, about 455 kilometers south of Seoul. The WKBC is an annual gathering of South Korean businesspeople from home and abroad.

"I trust the potential of the globe-trotting 'hansang,'" Moon said in his congratulatory speech read out by Foreign Minister Kang Kyung-wha. Hansang means Korean merchants in Korean. 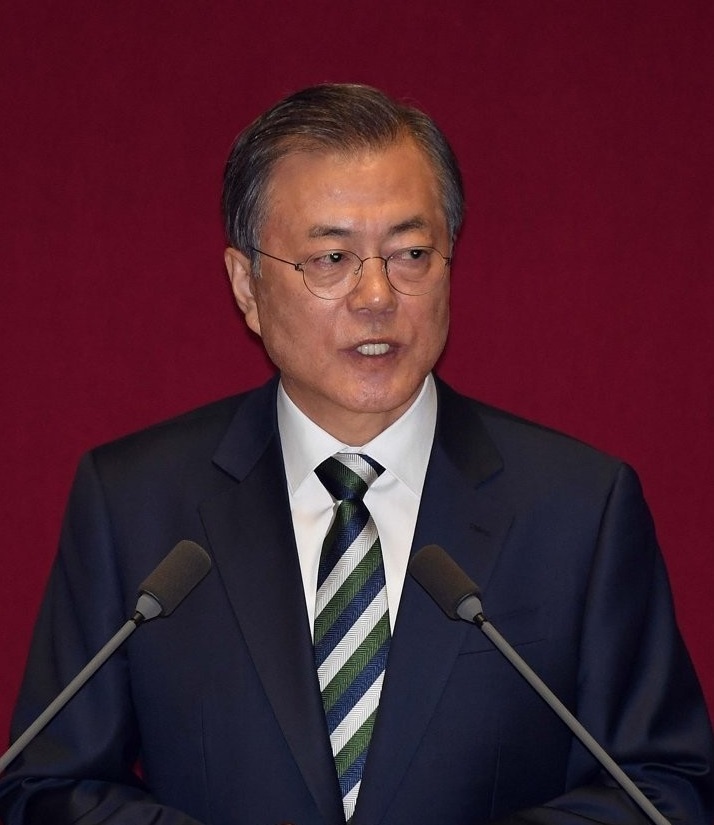 "If you, hansang, share your networking capabilities and experience that you have built on the world stage, and put together your wisdom along with other citizens, we will definitely be able to open an era of peace and prosperity on the Korean Peninsula," he added.

His remarks came as he has been trying to firm up domestic and international support to keep the momentum for his drive to pave the way for the denuclearization and lasting peace on the peninsula.

In the speech, Moon also pointed out South Korea's efforts to safeguard the global free trade order that is feared to be challenged by the emergence of protectionism and other trade restrictions.

This year's three-day WKBC brought together some 4,000 people, including 1,000 from overseas. It is set to close on Thursday. (Yonhap)