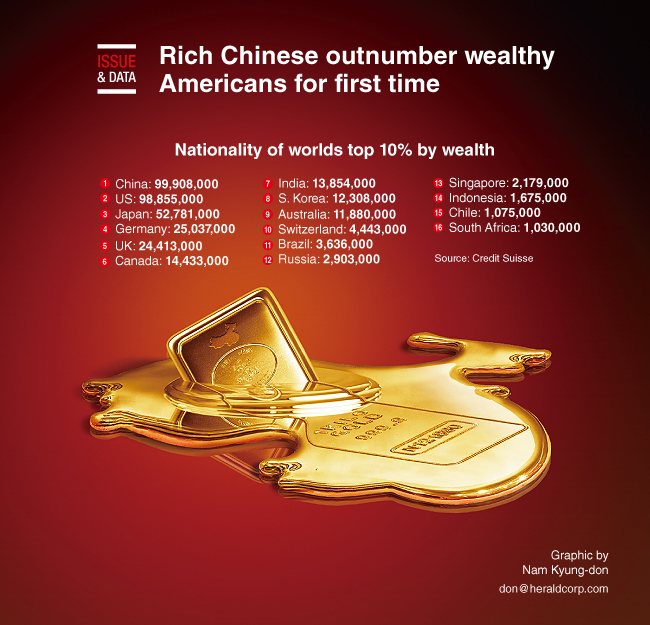 The number of rich Chinese has surpassed the count of wealthy Americans for the first time as both countries keep churning out millionaires, a study by Credit Suisse showed.

The Swiss bank’s annual wealth survey found 100 million Chinese ranked in the global top 10 percent as of the middle of this year versus 99 million in the United States.

The ranks of the world’s millionaires have risen by 1.1 million to an estimated 46.8 million, collectively owning $158.3 trillion in net assets, 44 percent of the global total, the study found. (Reuters)